The Aces were considered to be the top Blues backing unit in Chicago. Its basic lineup included brothers Louis and Dave Myers, and in its definitive form, Fred Below on drums, though at times there would be other drummers. What made the Aces so special is that they seemed to fit into any Chicago Blues lineup, and raised the musicianship to that genre’s apex. Formed initially with Junior Wells as their singer/harmonica player, this band became most famous when Little Walter left Muddy Waters and struck out on his own, choosing the Aces for his backup band. The recordings made with Little Walter and the Aces would define the direction of the Chicago Blues Harmonica band format, and are considered evergreen classics. Throughout the 1950s, up until the 1970s, the Aces would appear on a multitude of recording sessions, both as a standalone band and a crack backing unit. Here are some memorable photos and clippings of the Aces and their associates to enjoy. 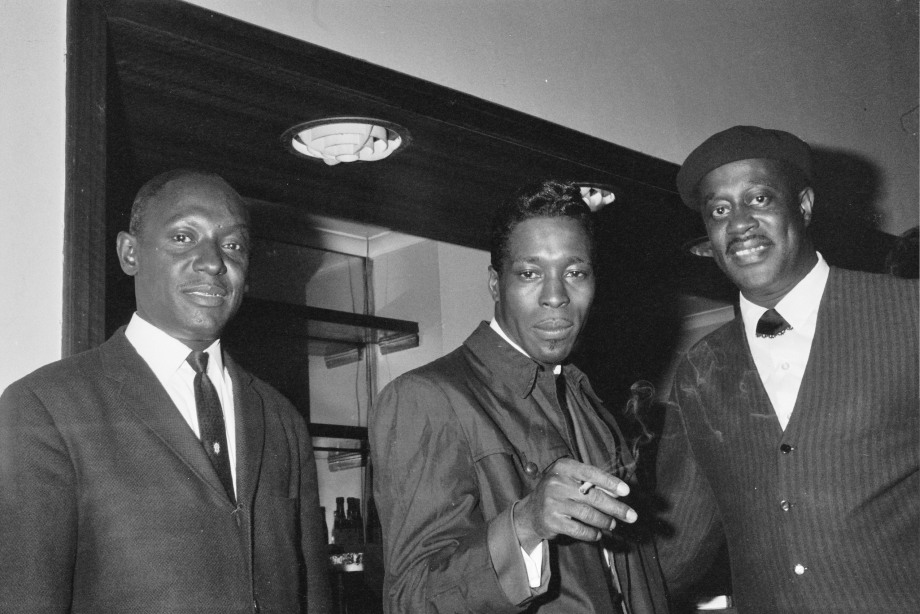 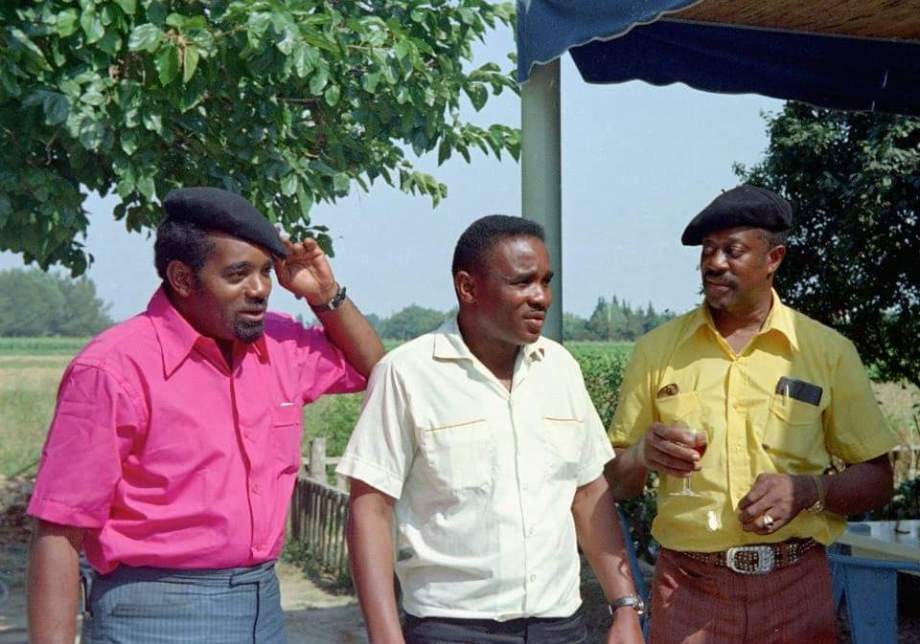 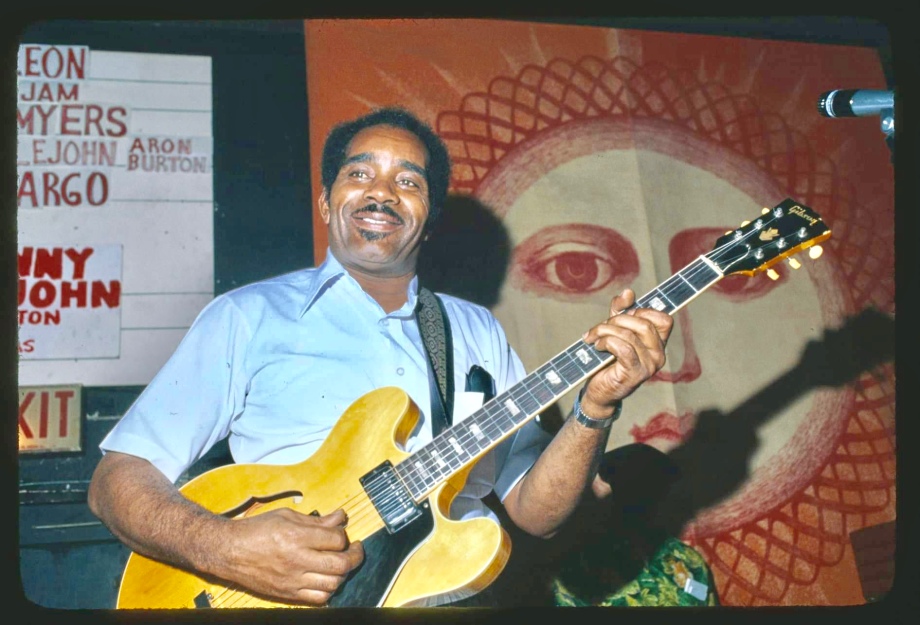 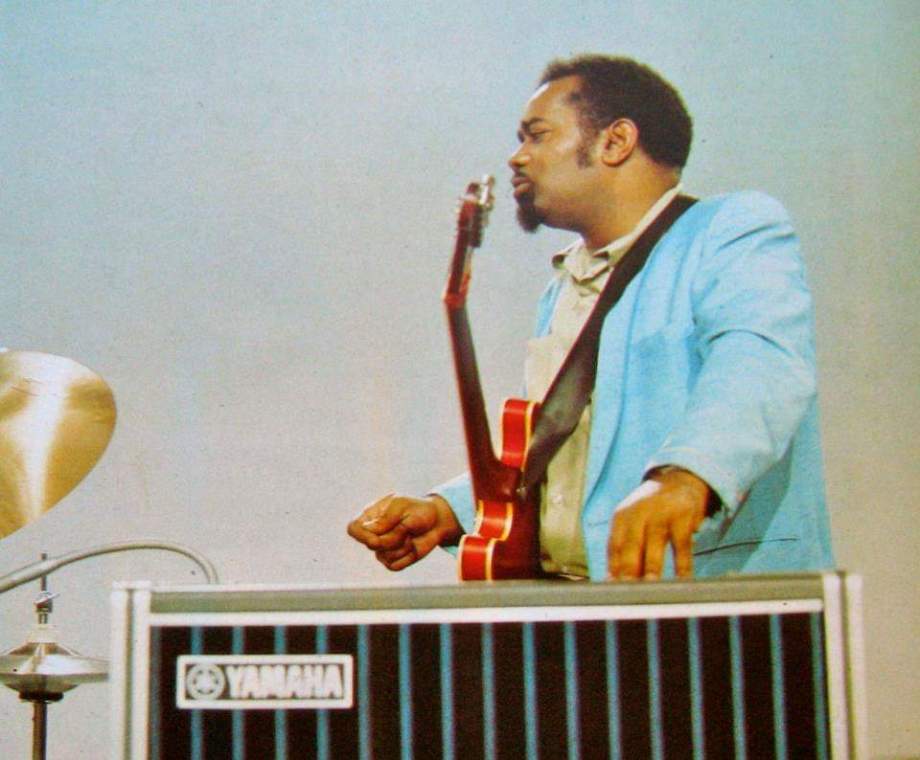 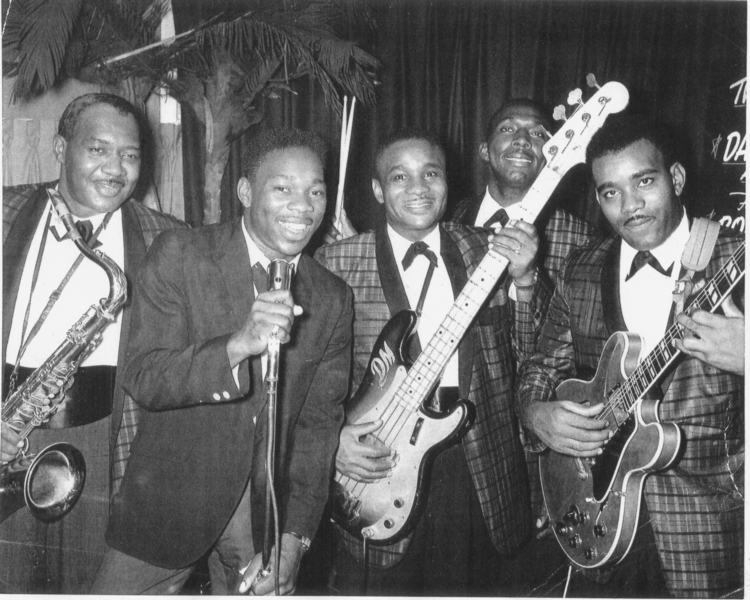 Freddie Hall, ABCO (Cobra) Recording Session
Per Scott Dirks, Dave said this photo was from the session at Cobra’s studio on West Roosevelt Road, which would probably make it 1956. But, since there are no microphones, it is possibly at a rehearsal there. It doesn’t look like a gig at any rate. The drummer is Eugene Lyons (according to his union card, but mispronounced by Louis in an interview, and then known forever after as Eugene Lounge). Pinanist is Freddie Hall, Willie Dixon on bass guitar, and possibly Eli Toscano behind the drummer. Dave and Louis are in the center. (Photo From Dave Myers’ Personal Collection, Courtesy of Scott Dirks) 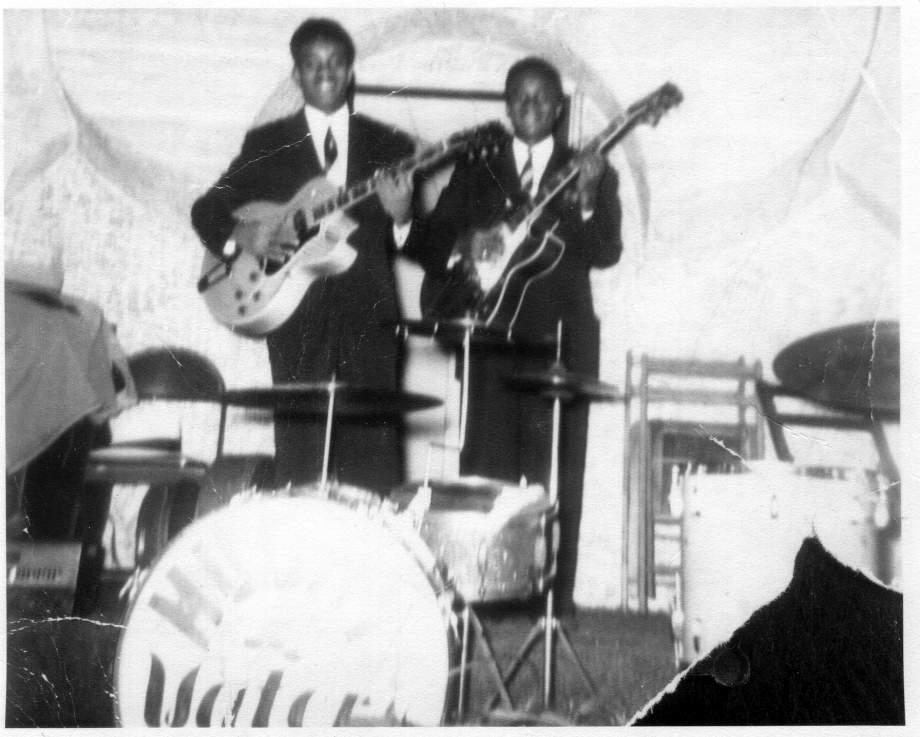 Dave & Louis – 1954
This is From a Gig That Dave Myers Said Was in Detroit, Where Little Walter & The Aces Shared The Bill With Muddy Waters’ Band; Therefore There Are Two Drum Kits. (Photo From Dave Myers’ Personal Collection, Courtesy of Scott Dirks) 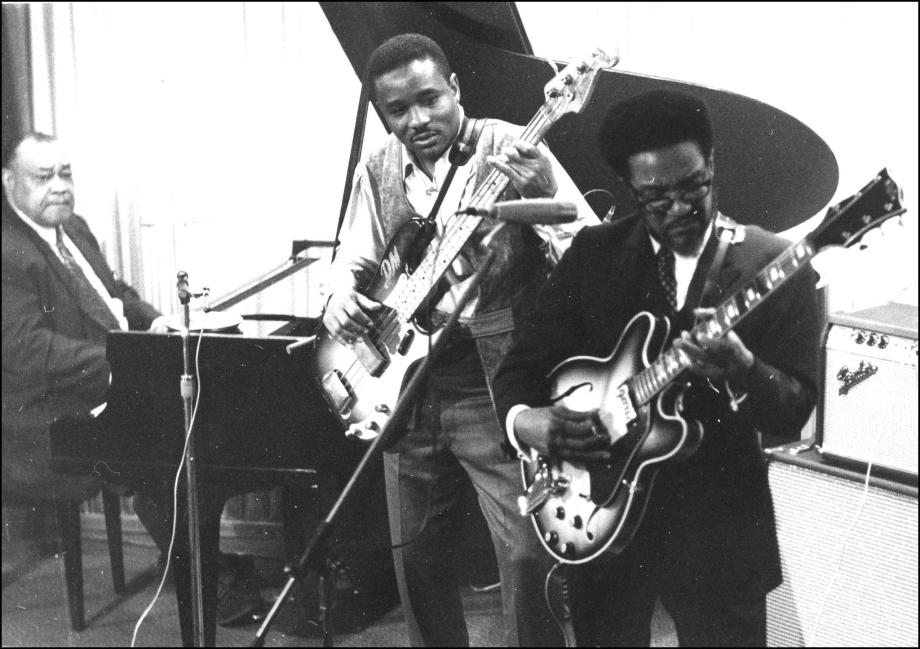 Brothers Dave, Louis and Jimmy Myers. There were 5 brothers: Louis and Dave were best known as the founders of the Aces, Bob played harmonica in John Lee Williamson style, Curtis played piano, but Jimmy Myers was not a musician. Courtesy Illinois Slim. Photo Bill Greensmith. 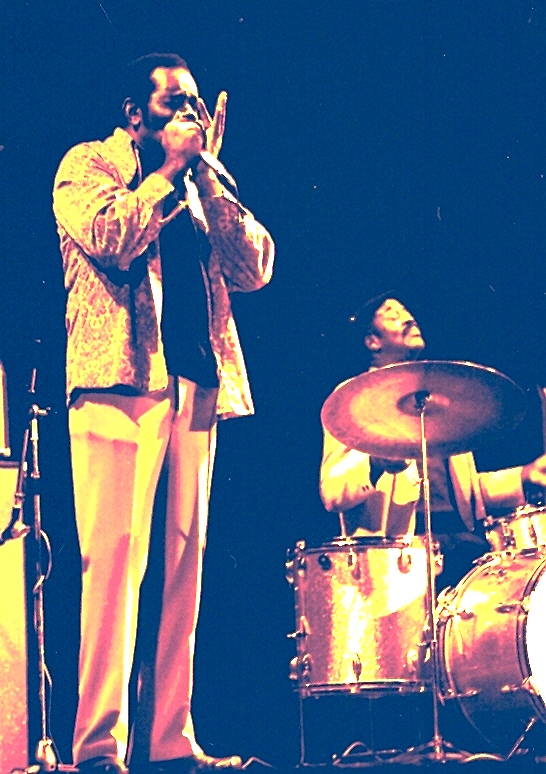 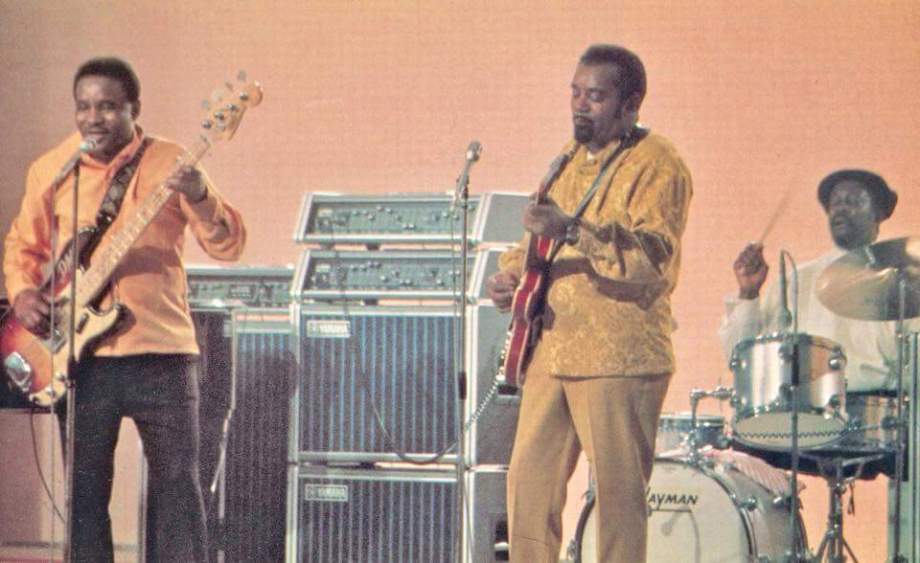 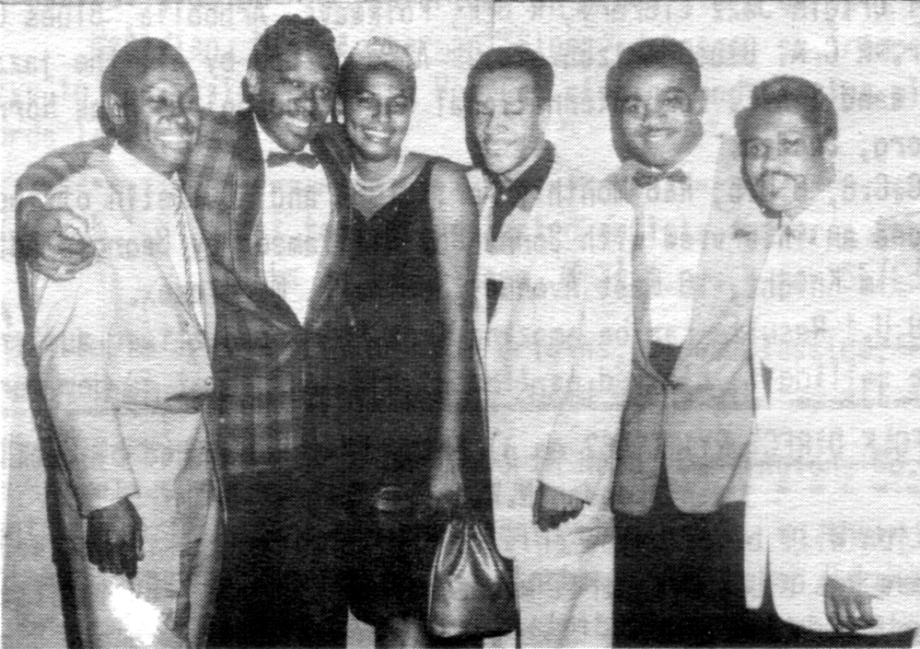 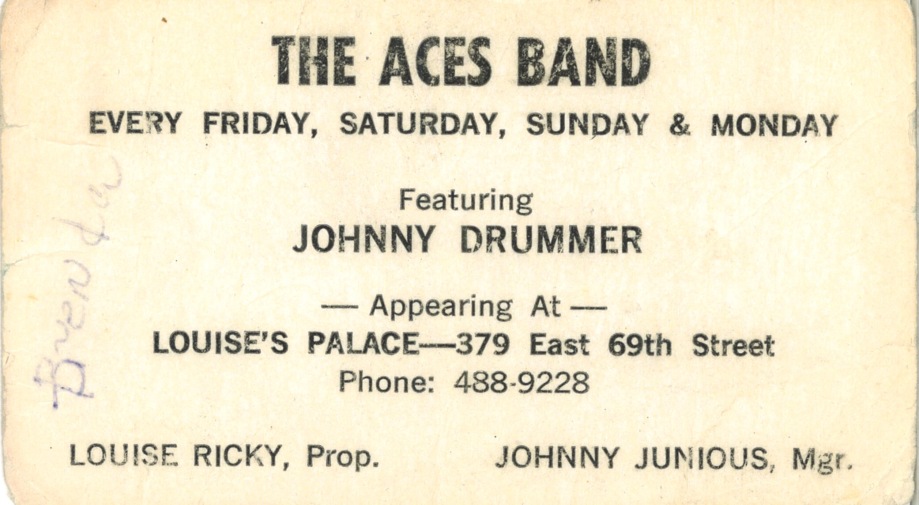 Little Walter & The Aces Appearing at The Apollo 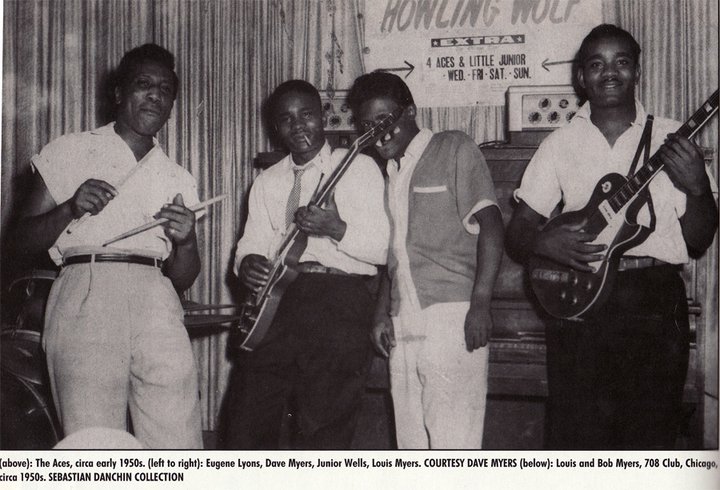 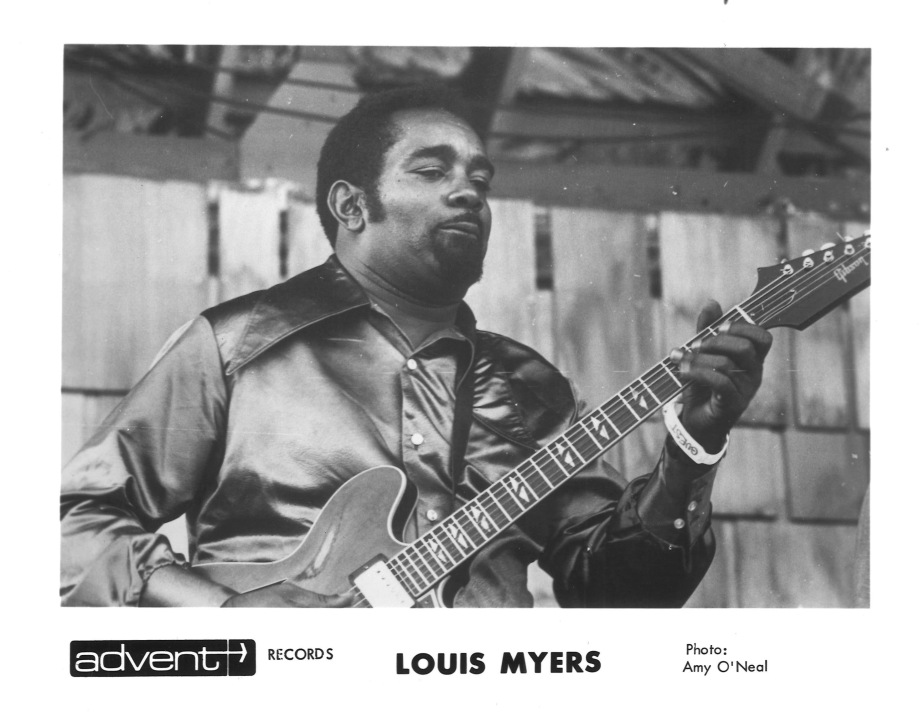 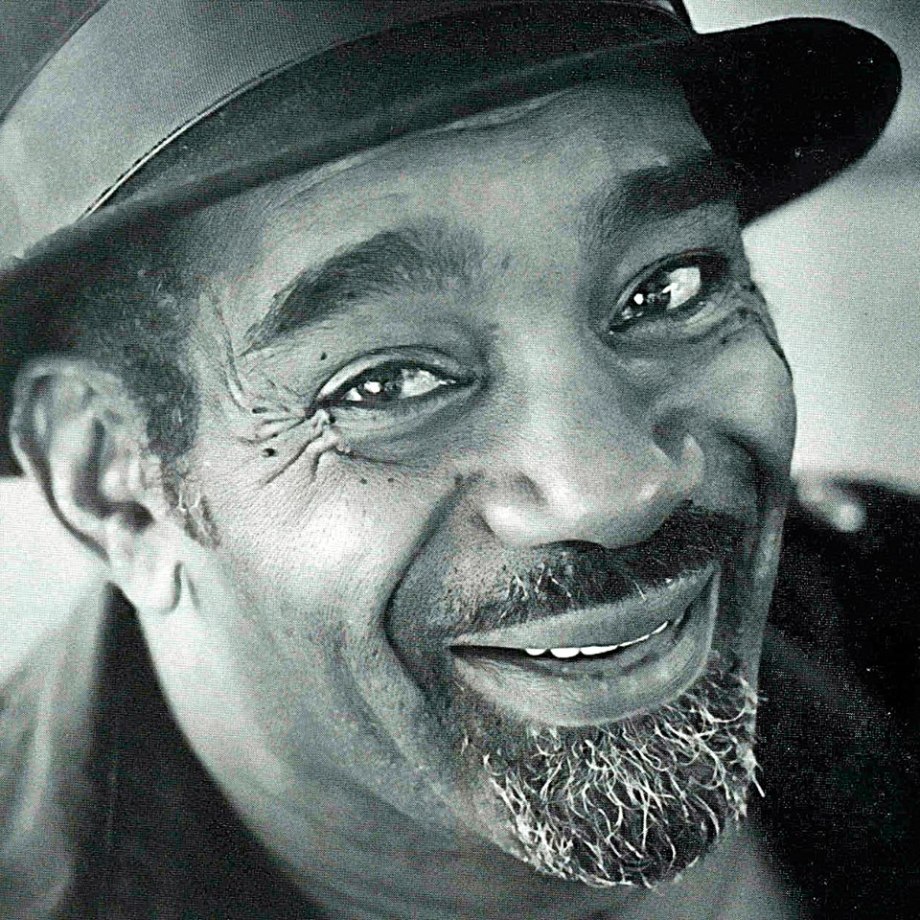 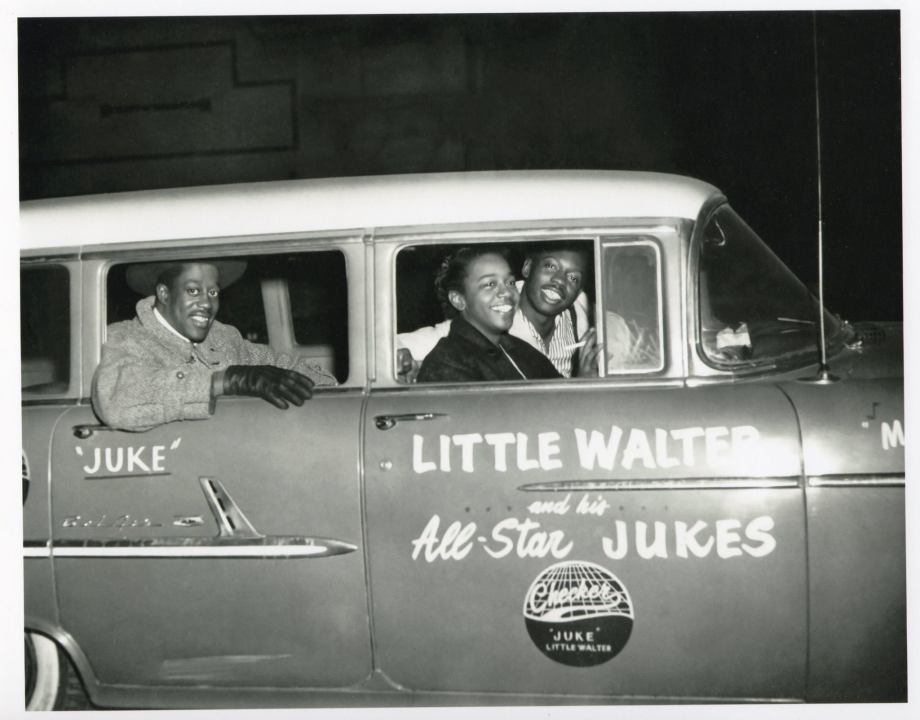 Freddy Below in the back seat! 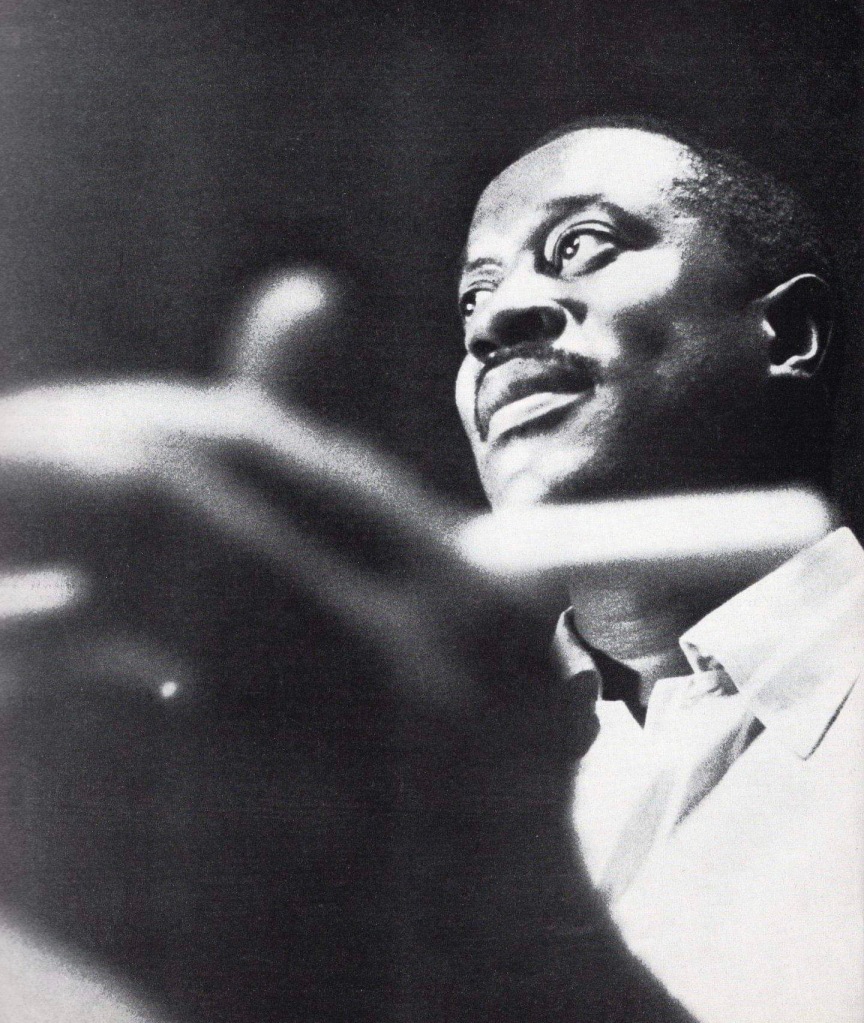 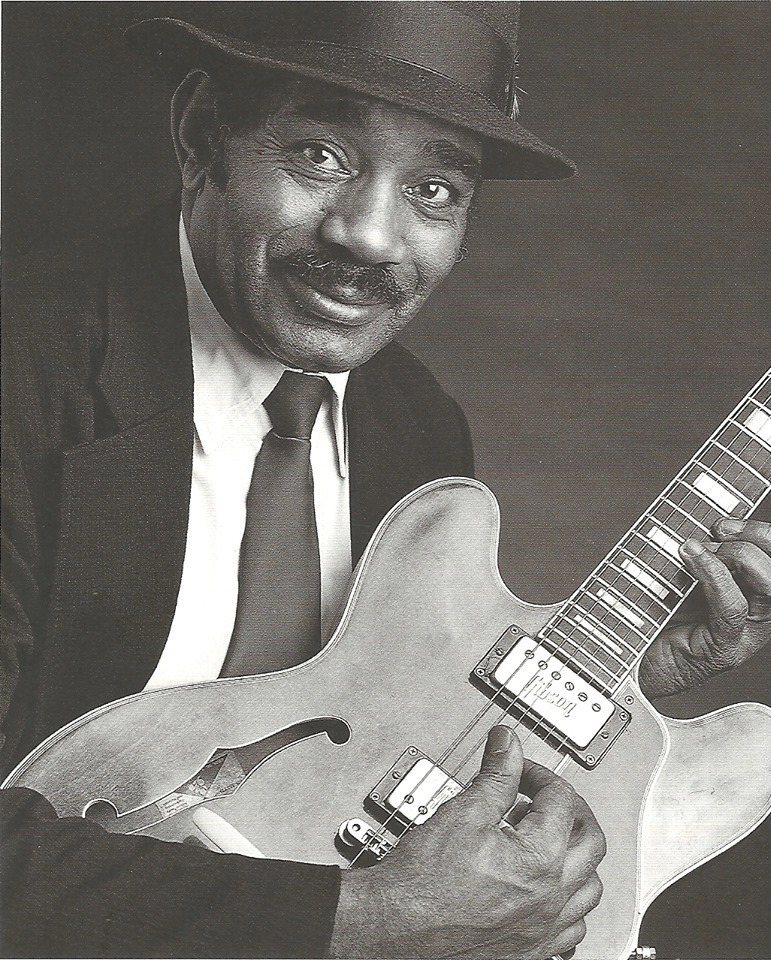 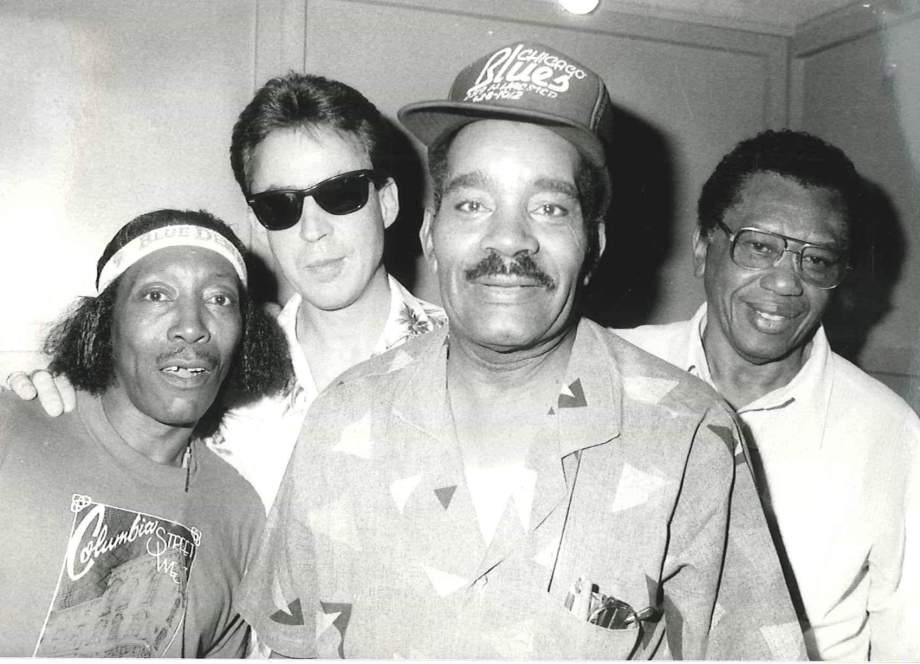 Louis Myers did some touring with the Legendary Blues Band. Here’s a photo by Tano Ro from one of those tours.
Left to right: Willie “Big Eyes” Smith, Madison Slim, Louis Myers, Calvin “Fuzz” Jones. 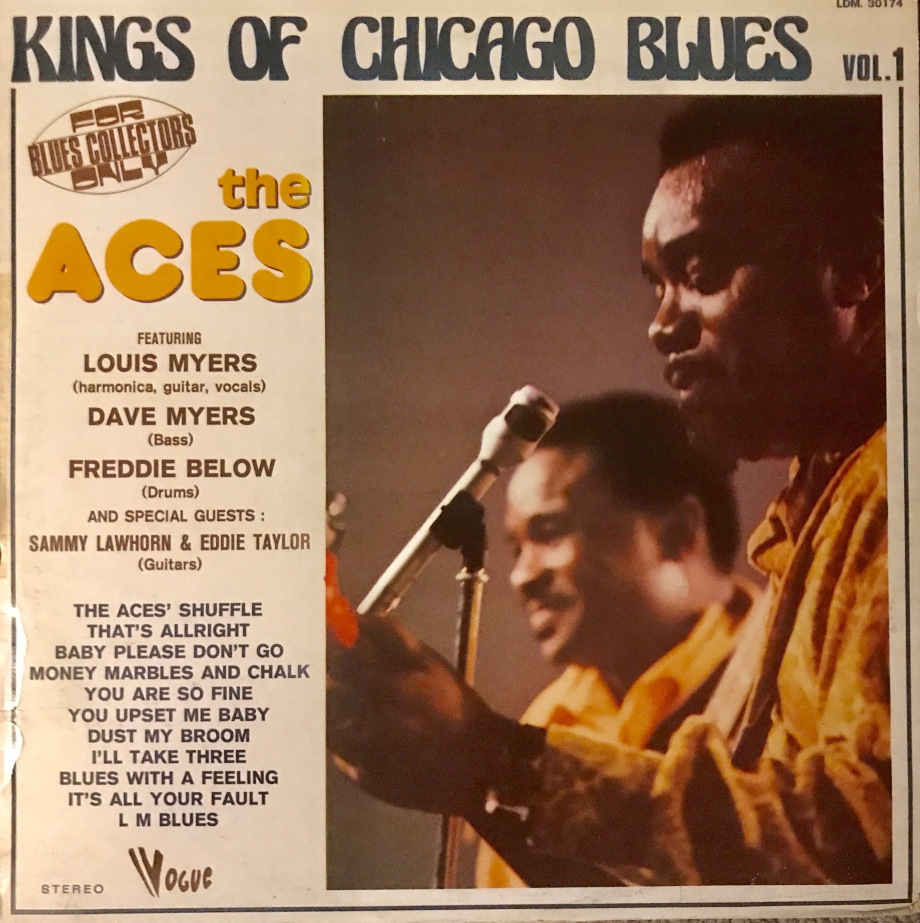 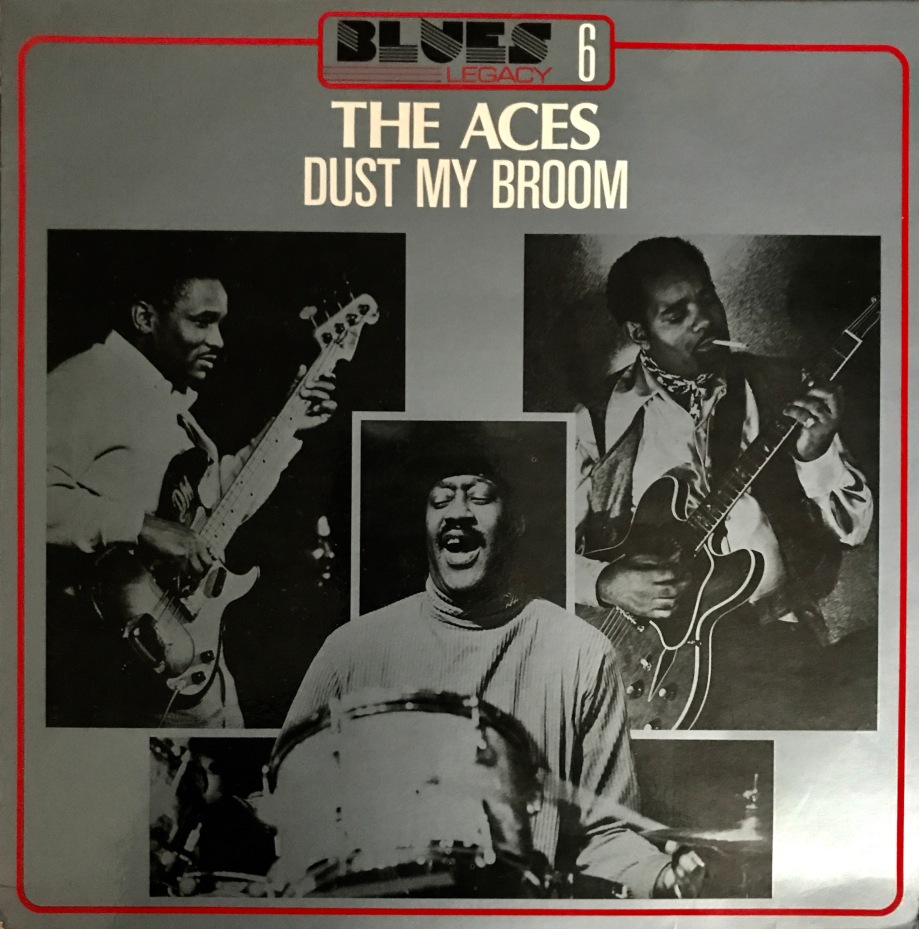 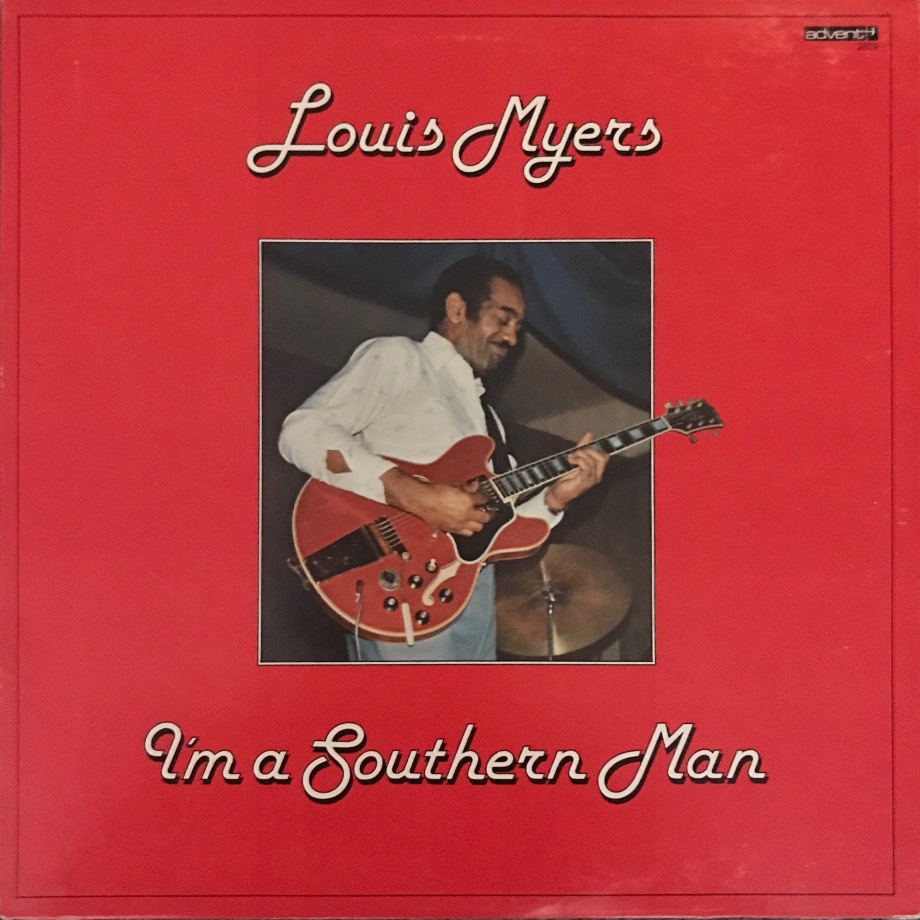 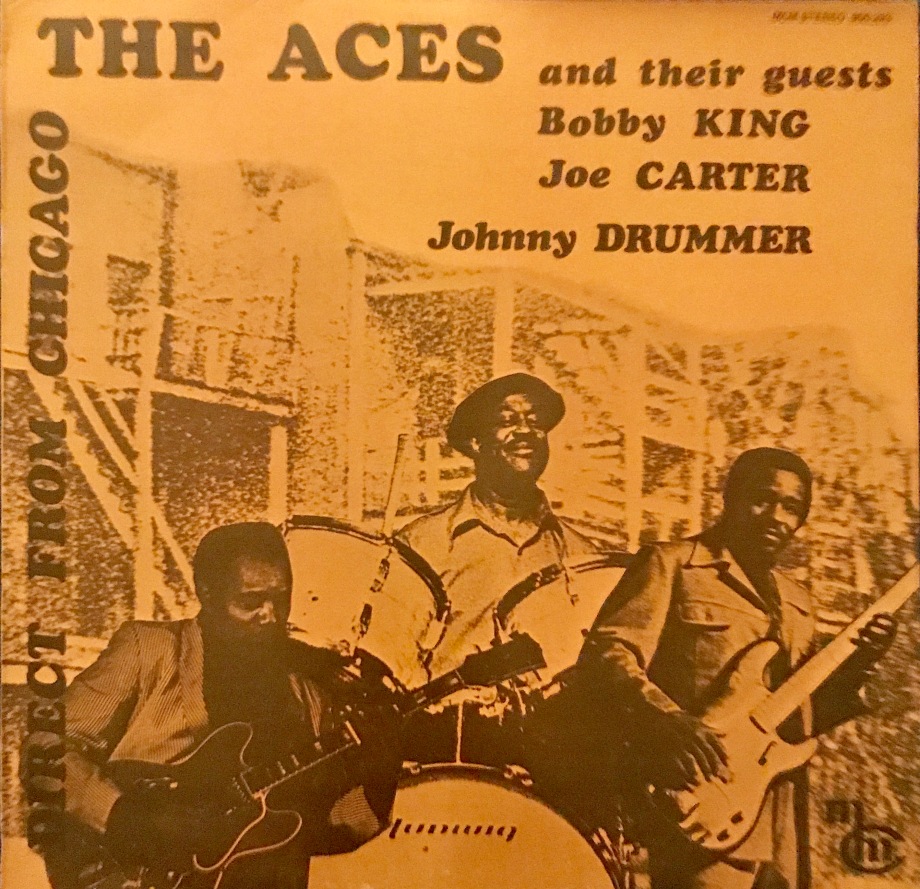 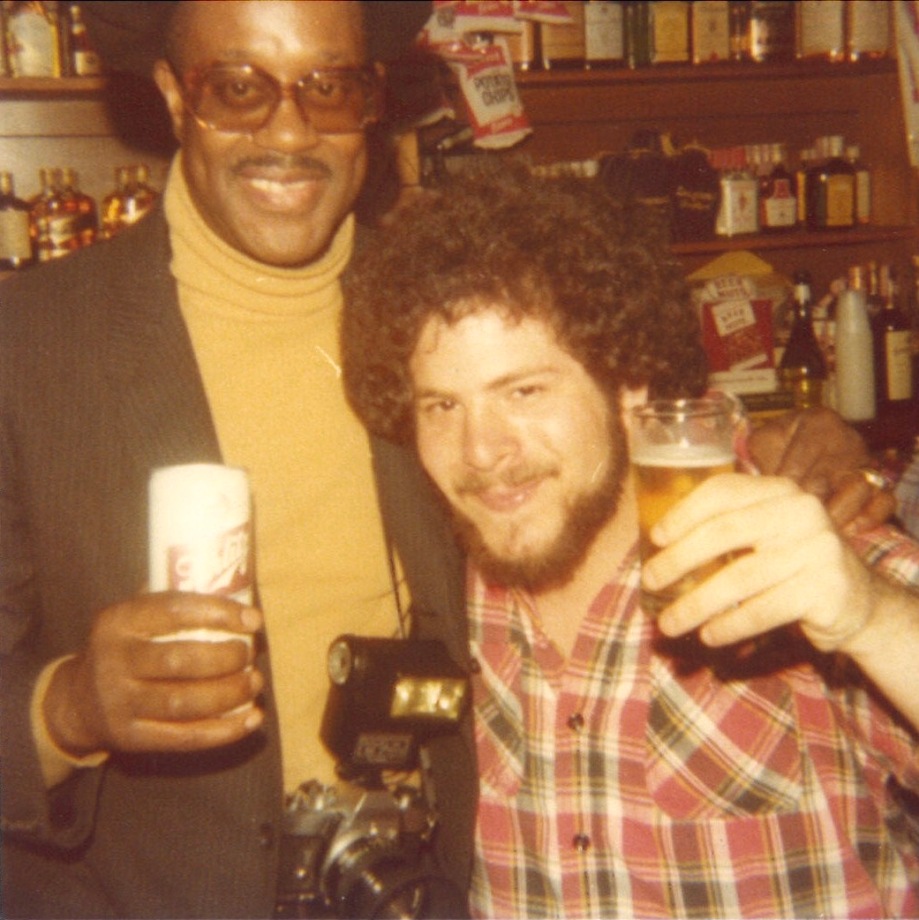 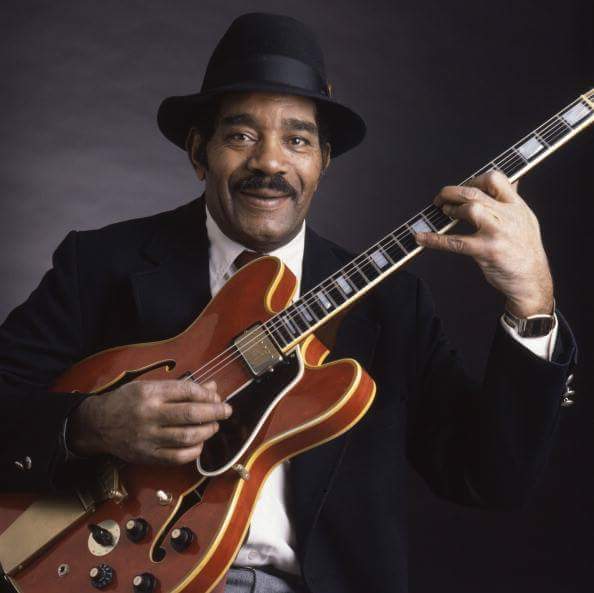 Freddy Below and Muddy Waters. 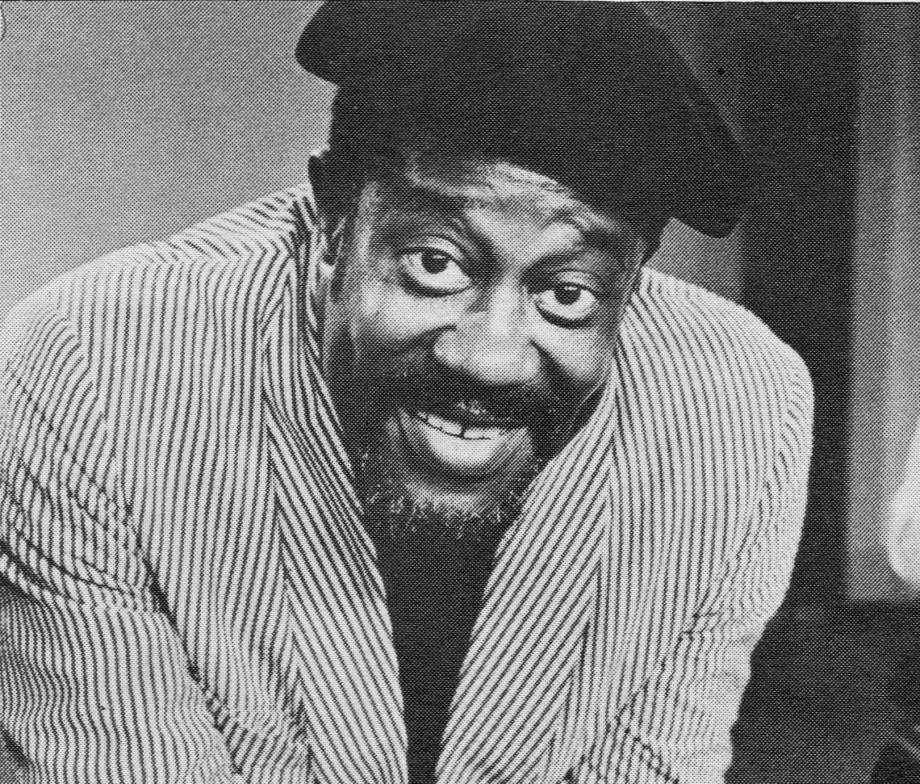 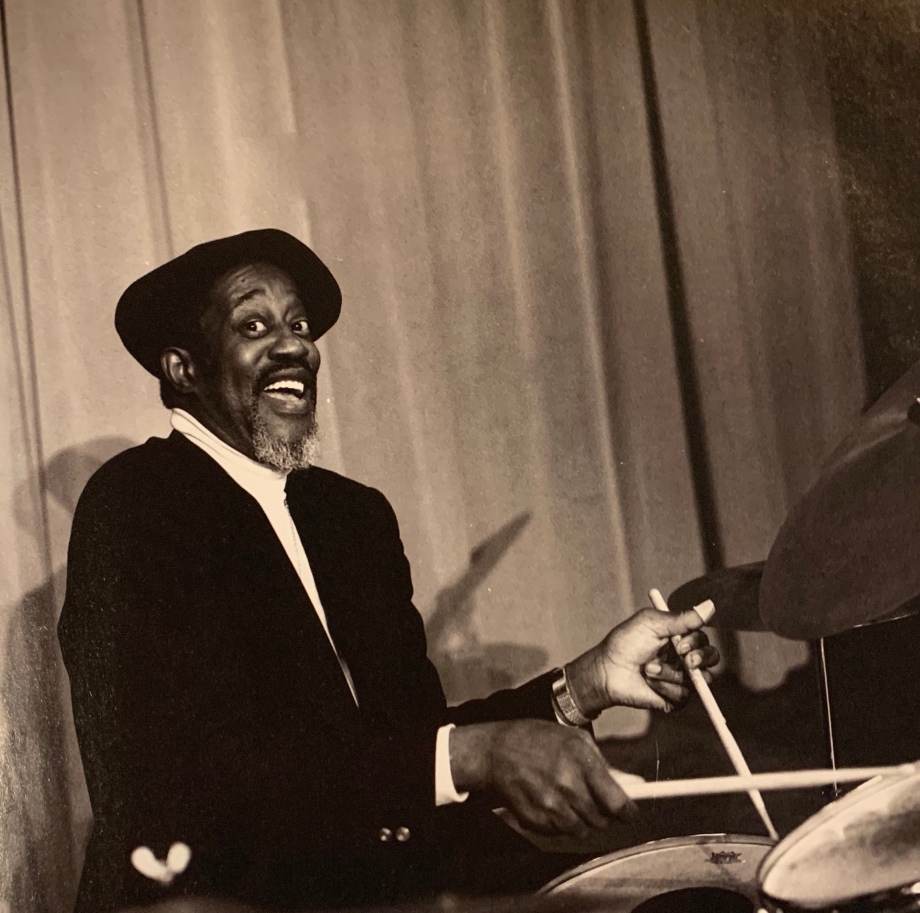 One thought on “The Aces & Associates”