Guitarist Eddie Taylor was among the architects of Chicago Blues. His beautiful guitar work masterfully transitioned his deep Mississippi country blues upbringing into a vibrant electric city sound. Eddie’s guitar attack was percussively enhanced by his stealth use of thumb and finger picks as well as his unstoppable spirit. He was the master of interweaving in the ensemble setting as well as holding down the bottom notes on the guitar, creating the support for artists like Jimmy Reed, John Lee Hooker, Sunnyland Slim and the array of other Chicago blues greats whom he was frequently called upon to perform with.  Also a fantastic singer, Eddie Taylor had a string of classic singles for Vee Jay Records during the 1950s and numerous albums after that.  He passed away on Christmas day of 1985 leaving us with a great legacy of lessons that will influence all future generations of blues musicians. With this photo page we honor the greatness of Eddie Taylor! 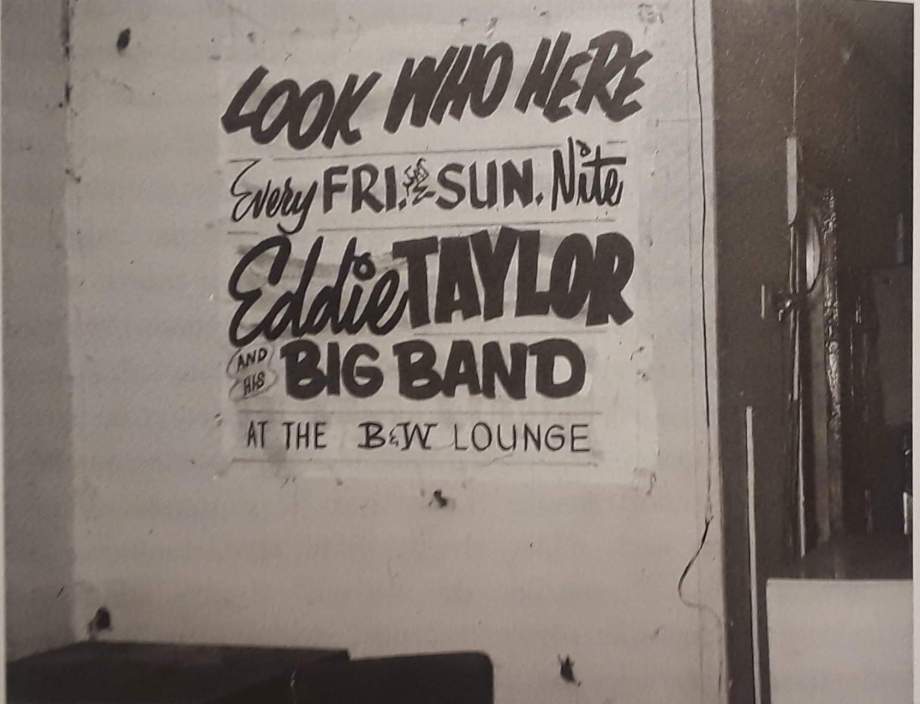 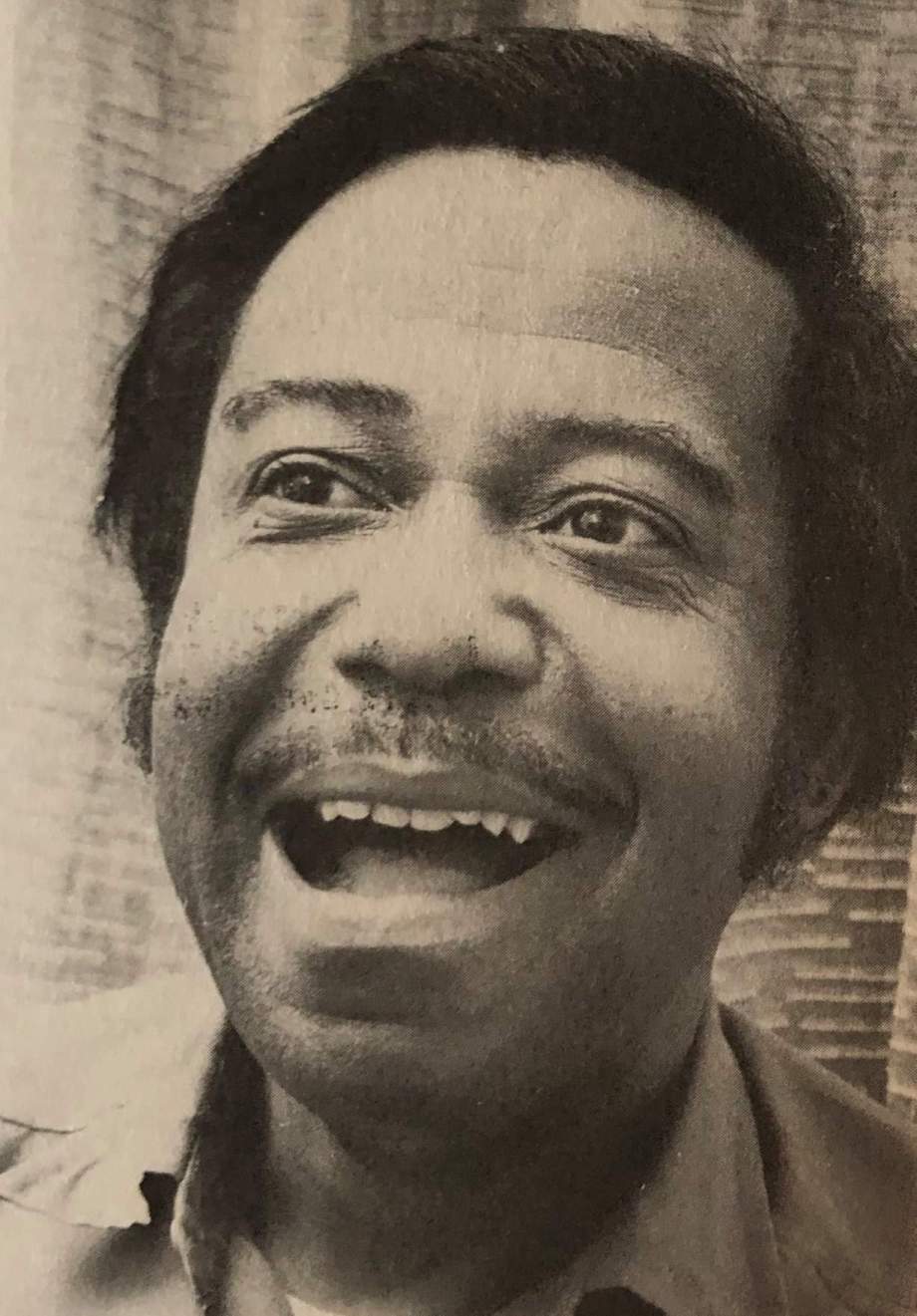 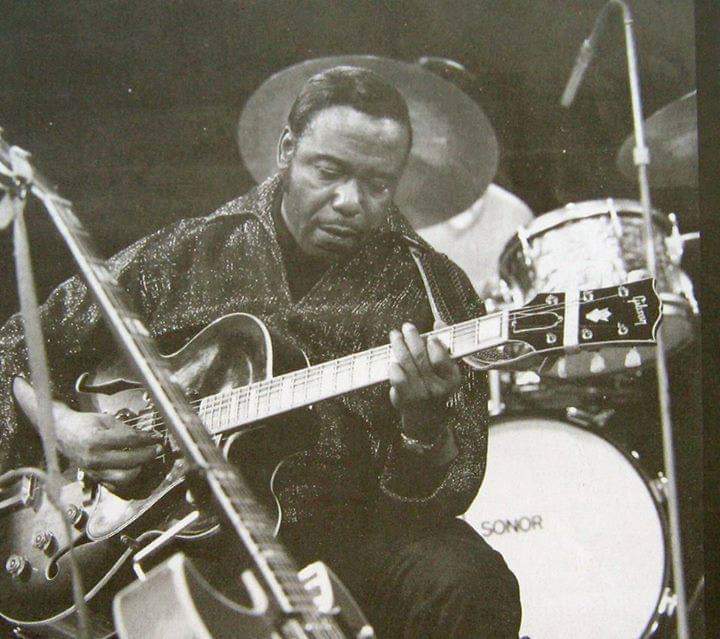 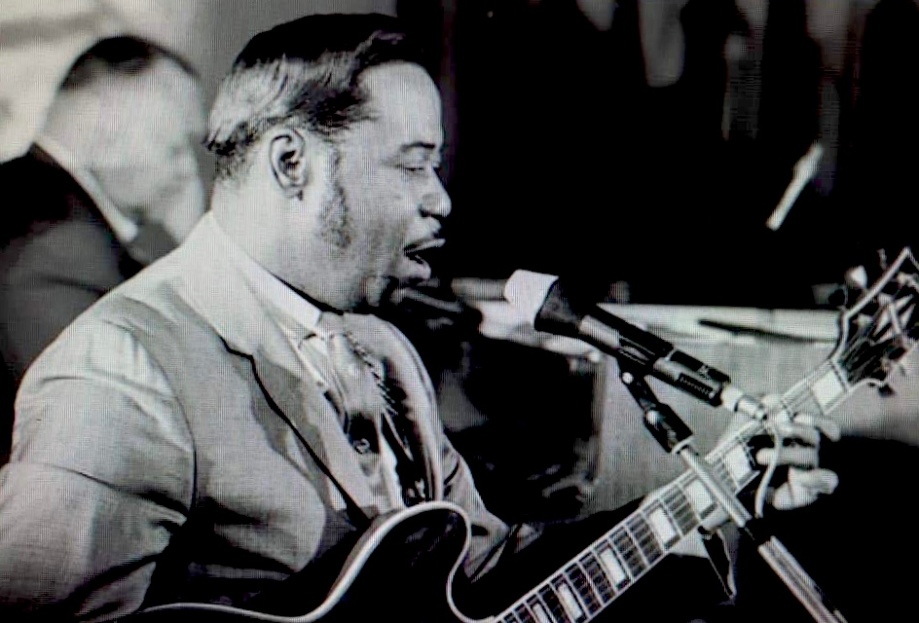 Eddie Taylor and Roosevelt Sykes in the background. 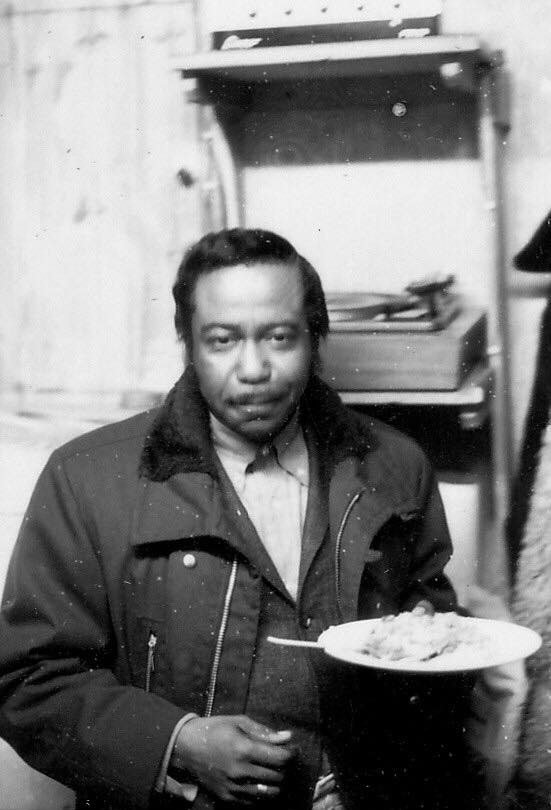 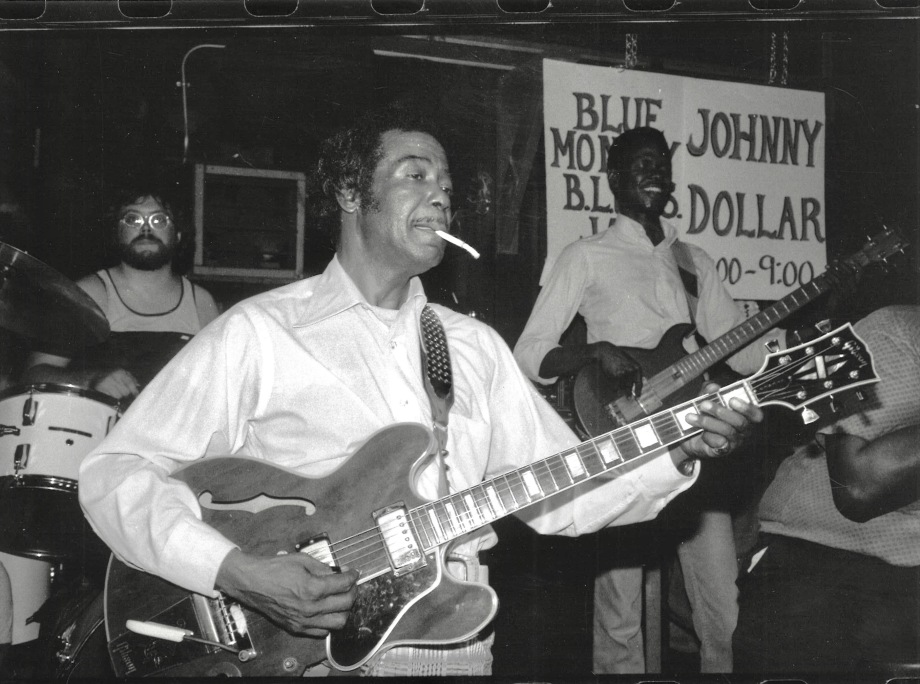 Eddie Taylor at Blues On Halsted, 1980. Photo courtesy of Steve Cushing who is playing drums in the background. 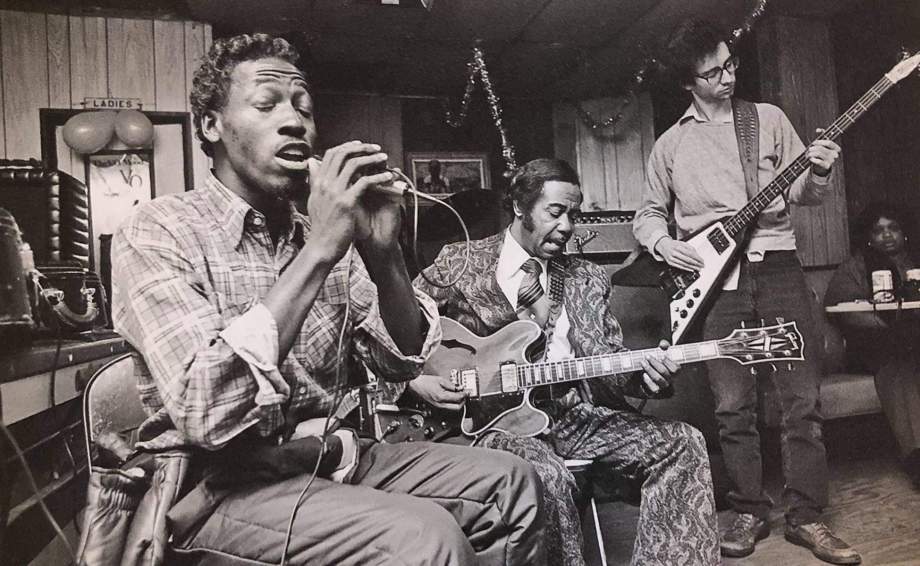 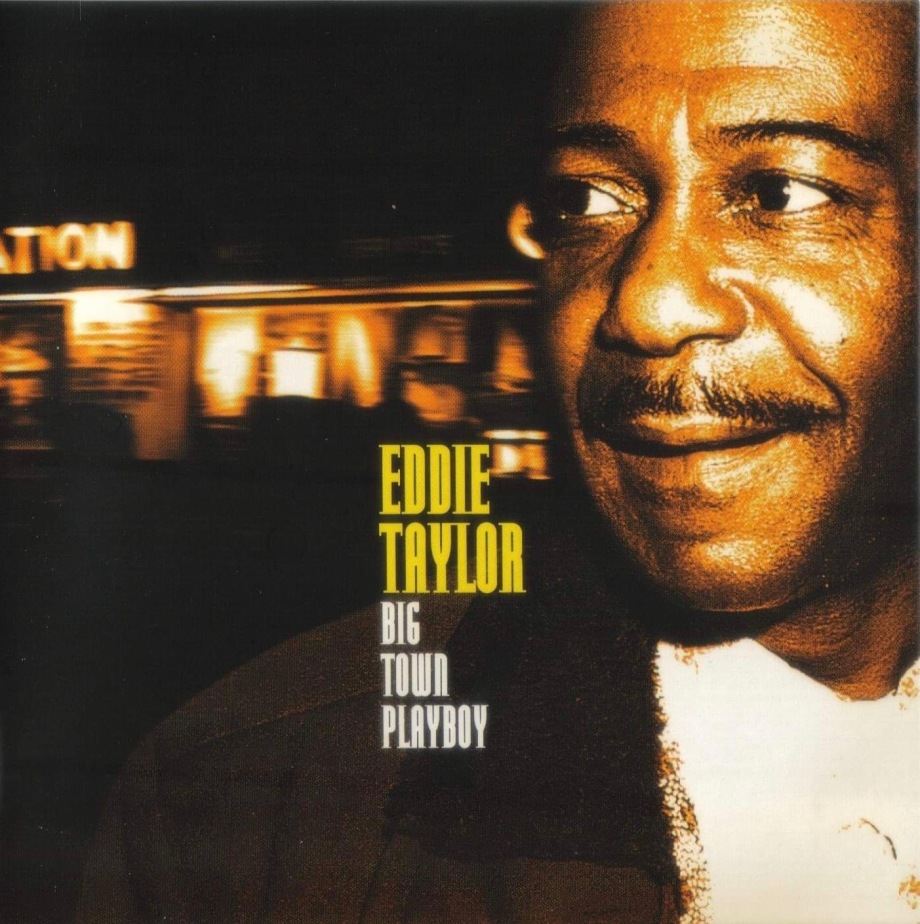 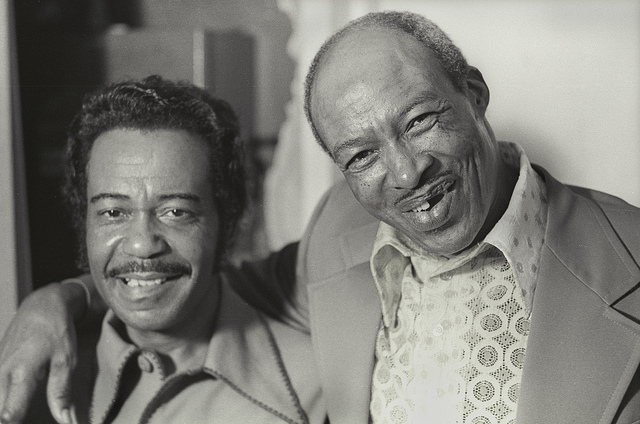 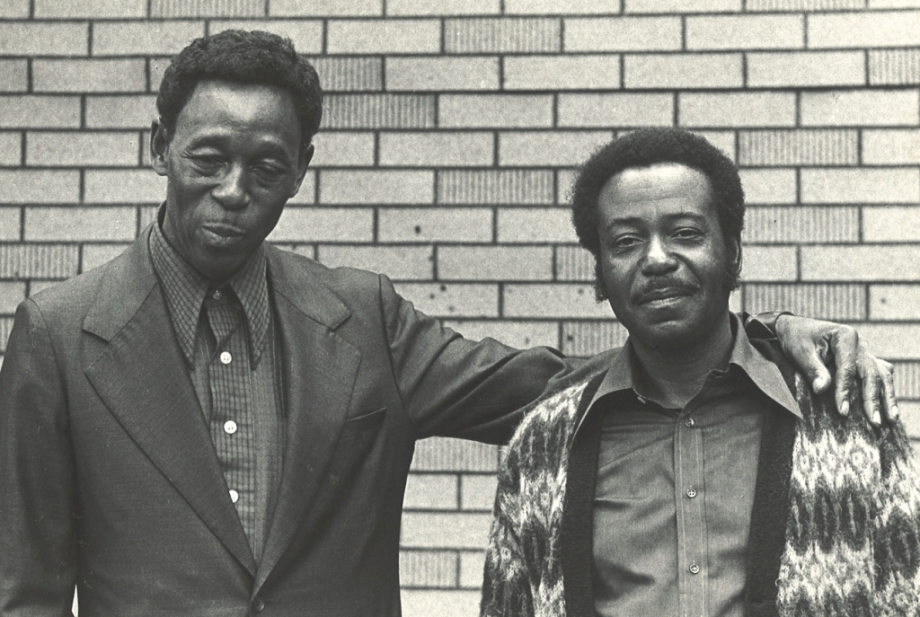 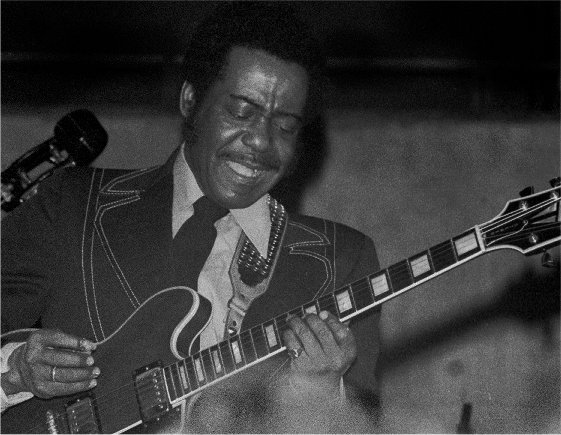 Eddie Taylor Performing at the NBBO Blues Festival in Holland – 1979

Eddie Taylor Performing at the NBBO Blues Festival in Holland – 1979

Eddie Taylor at the NBBO Blues Festival in Holland – 1979 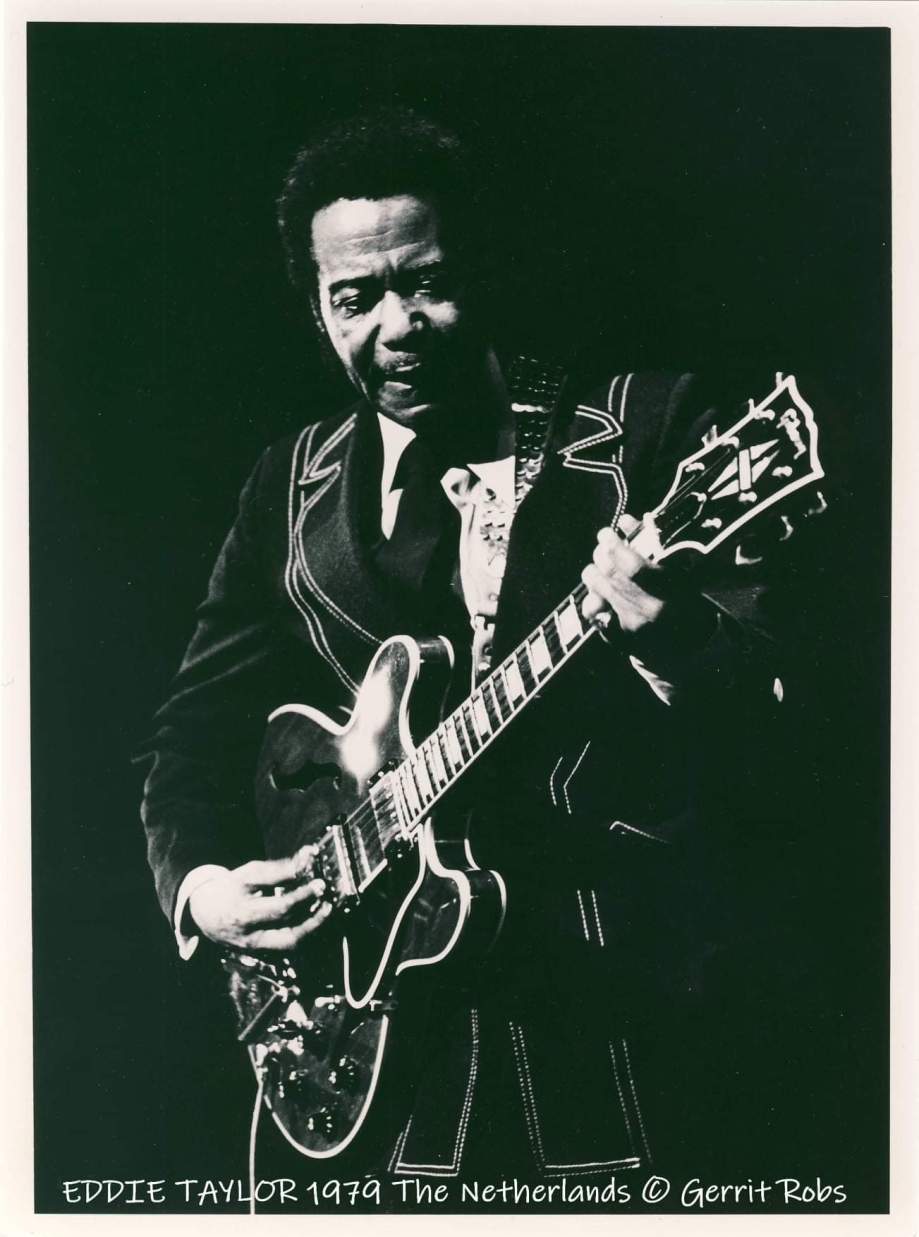 Here is a great photo of Eddie Taylor and his wife Vera from Vera Taylor’s funeral program. Eddie was at all times a devoted husband and family man, and by the way, Vera was a dynamite vocalist. Eddie and Vera’s children carry on their father’s blues tradition.
(Photo Courtesy of Barrelhouse Bonni McKeown) 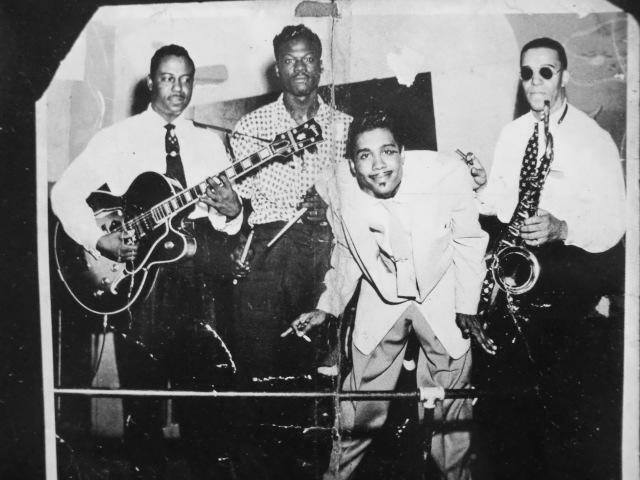 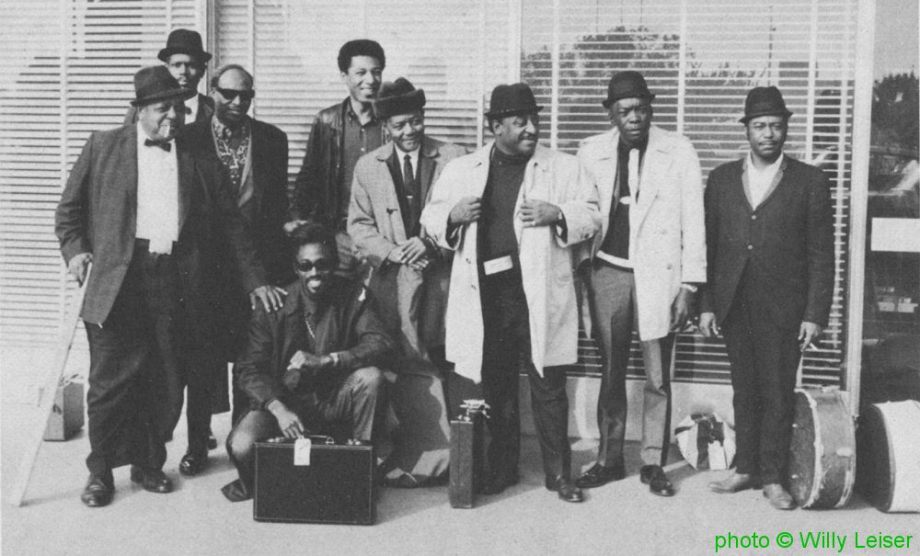 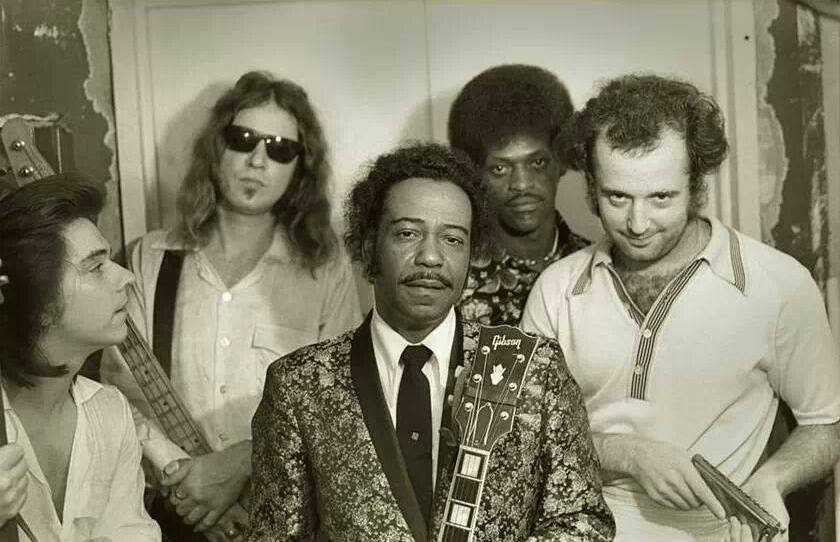 Eddie Taylor with The Fabulous Thunderbirds at Antone’s Nightclub in Austin, Texas. 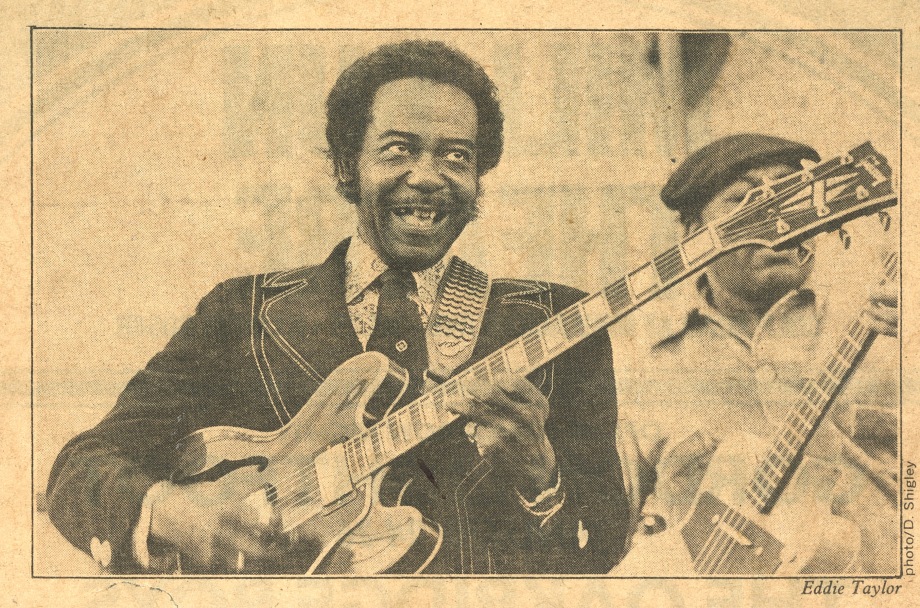 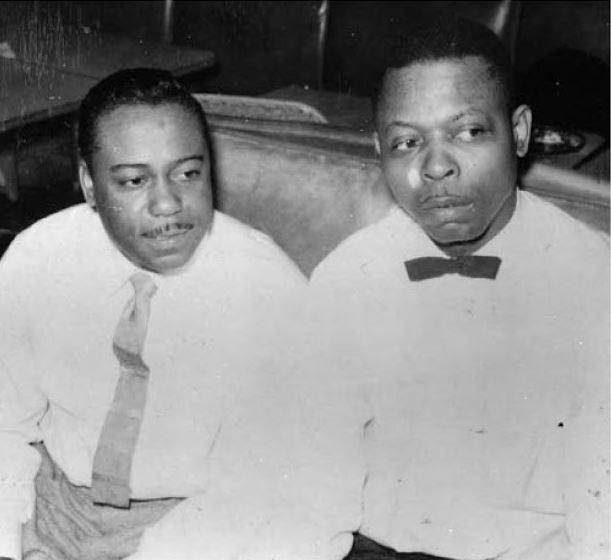 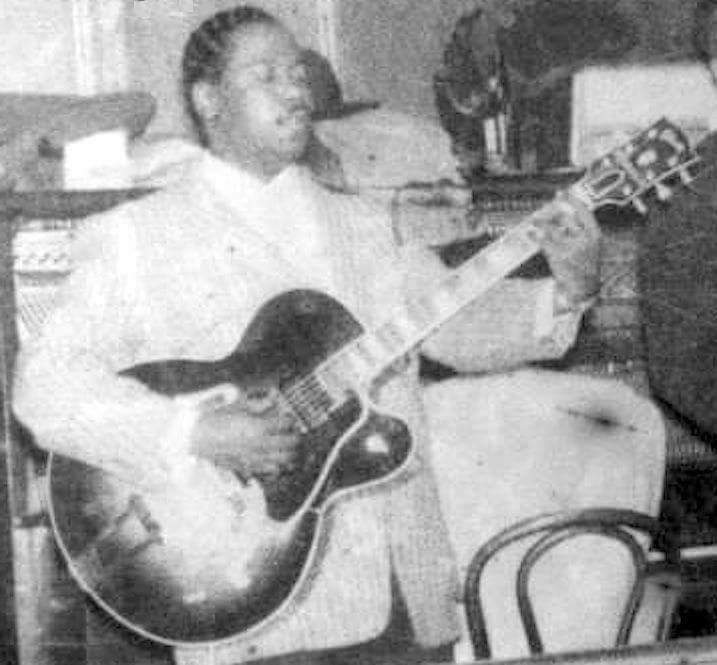 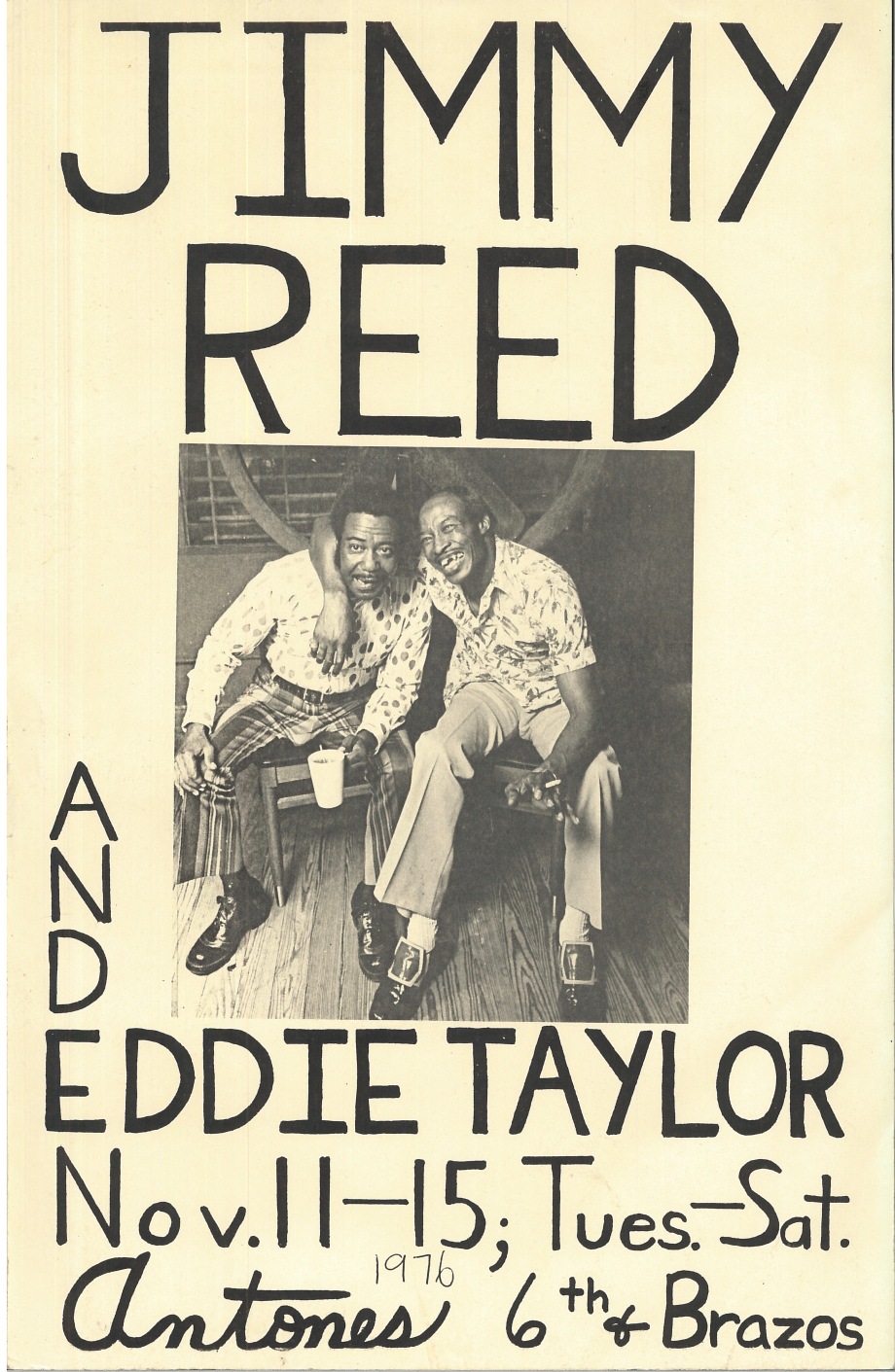 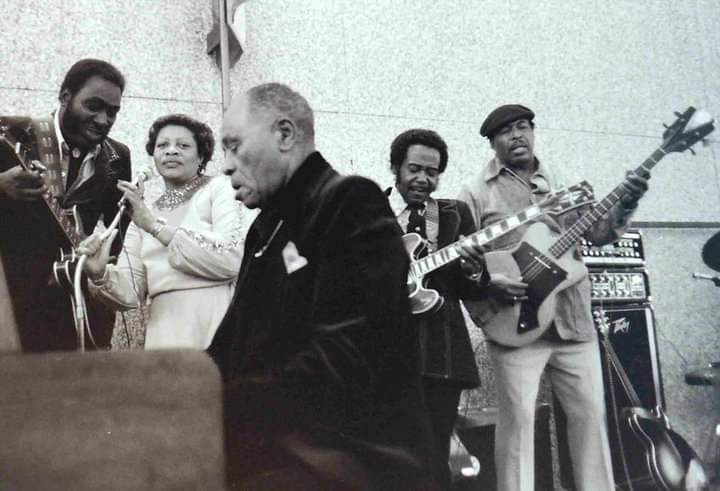 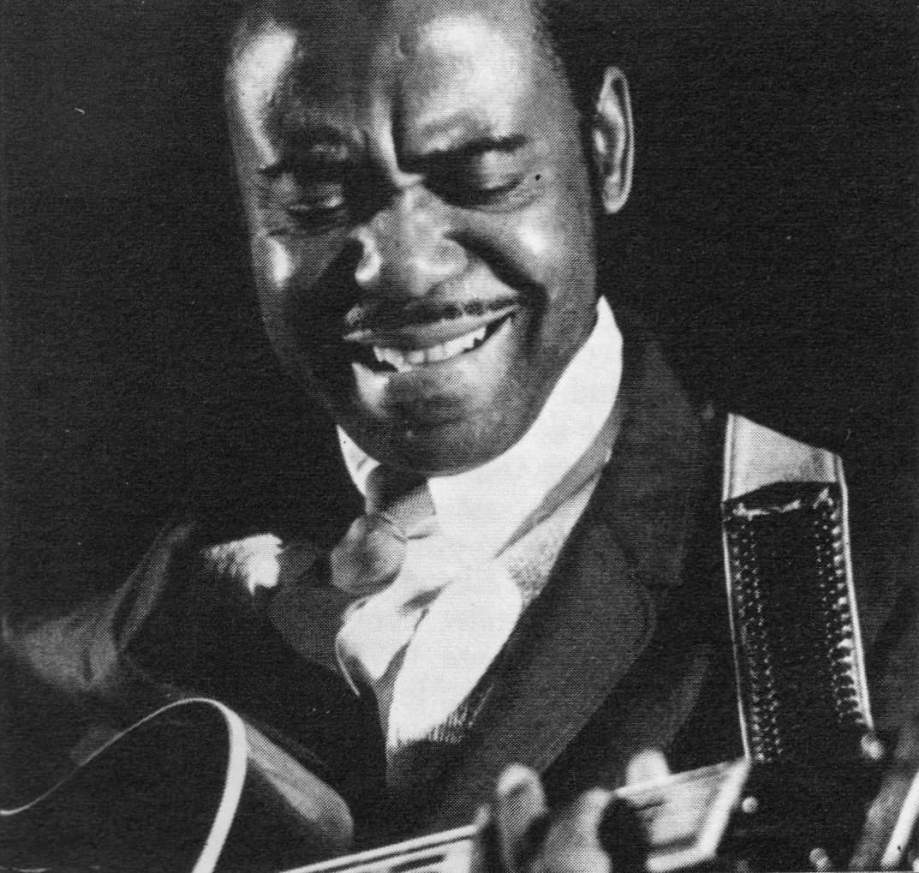 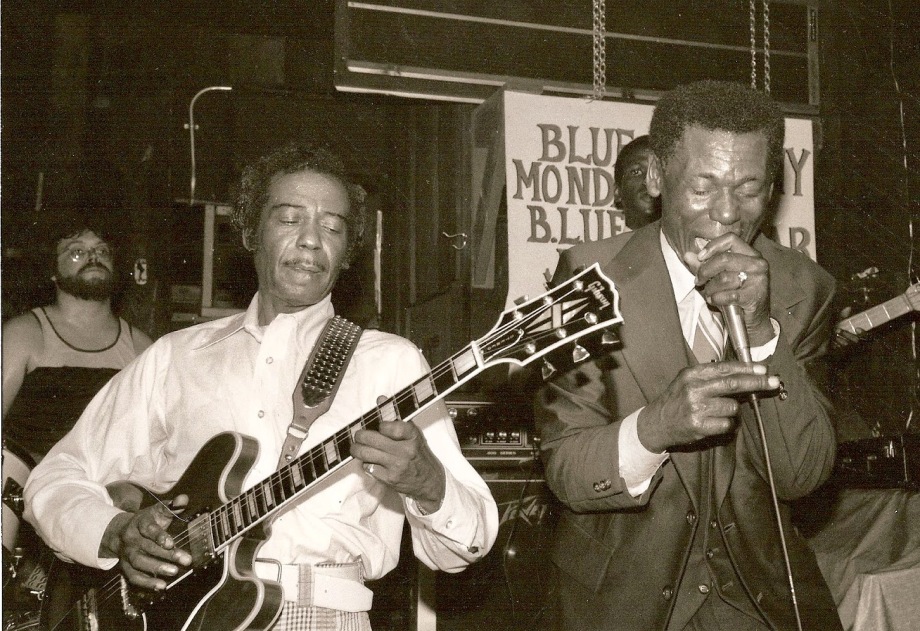 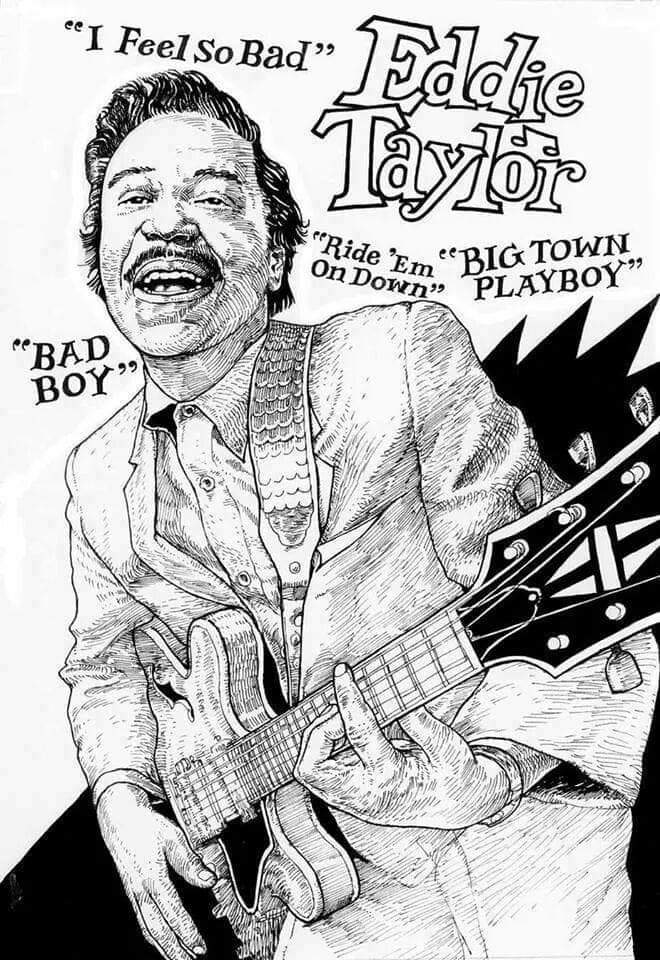 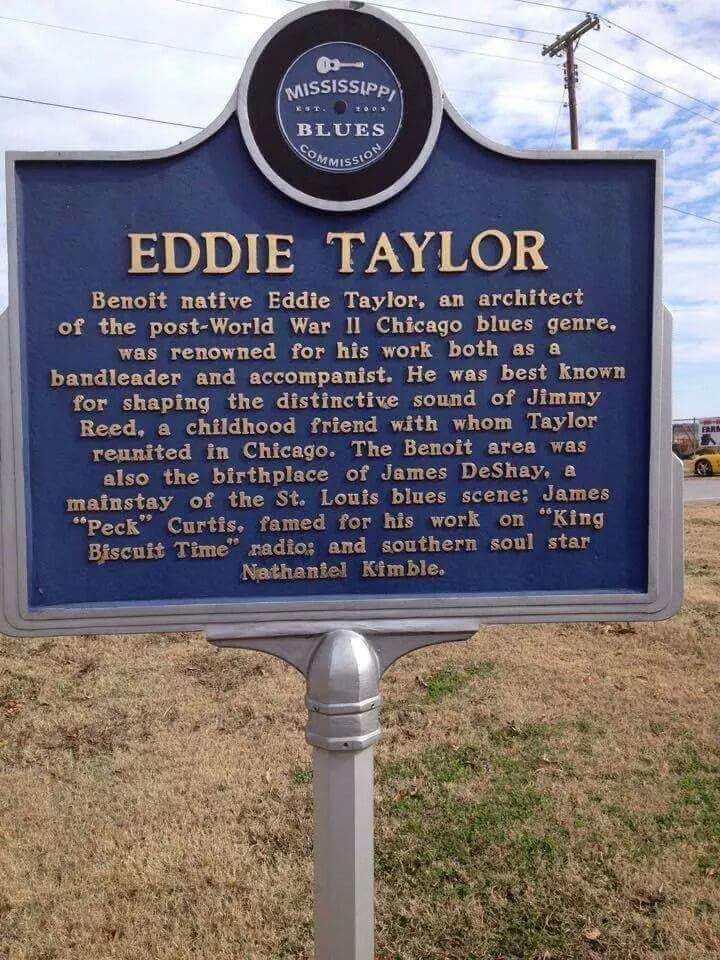