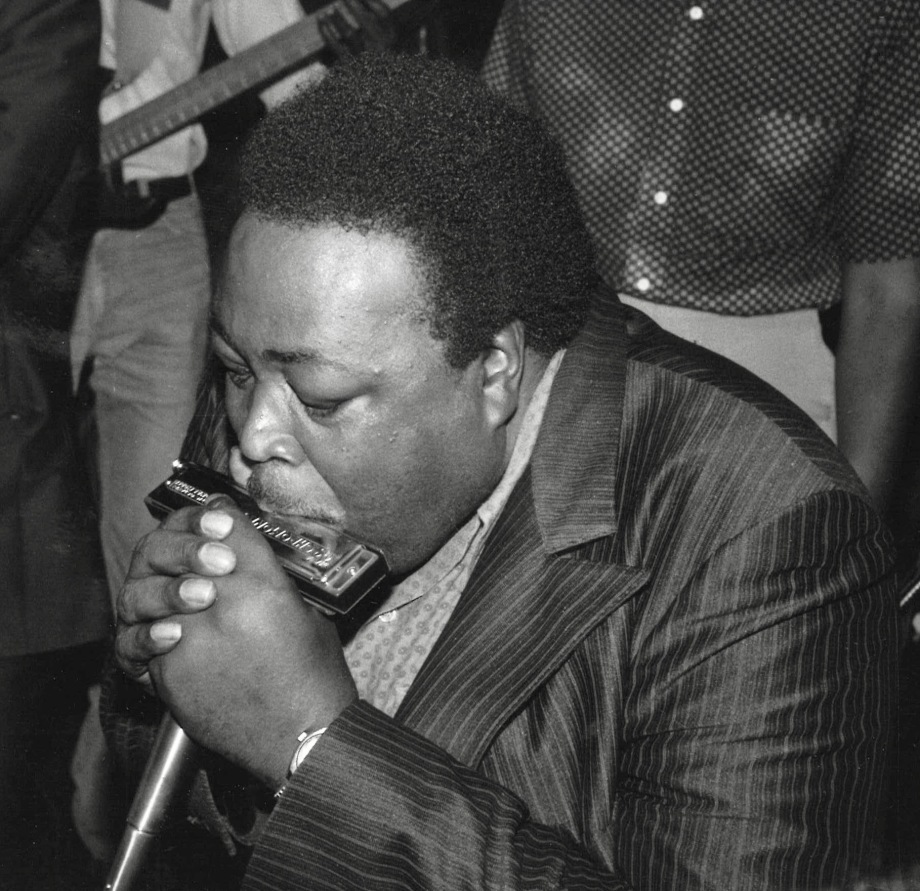 A memorial tribute to Bob Myers who was the harmonica playing brother of Louis and Dave Myers. This illustrates the huge pool of talent active in the Chicago blues scene at that time. Courtesy of Illinois Slim.

Eddie Shaw at the 1815 Club with Hubert Sumlin on Guitar. Photo Bob Corritore.

A Sunday night at Theresa’s Lounge, late 1970s. James Cotton is in the foreground playing harmonica, with John Primer right behind him. Photo Bob Corritore. 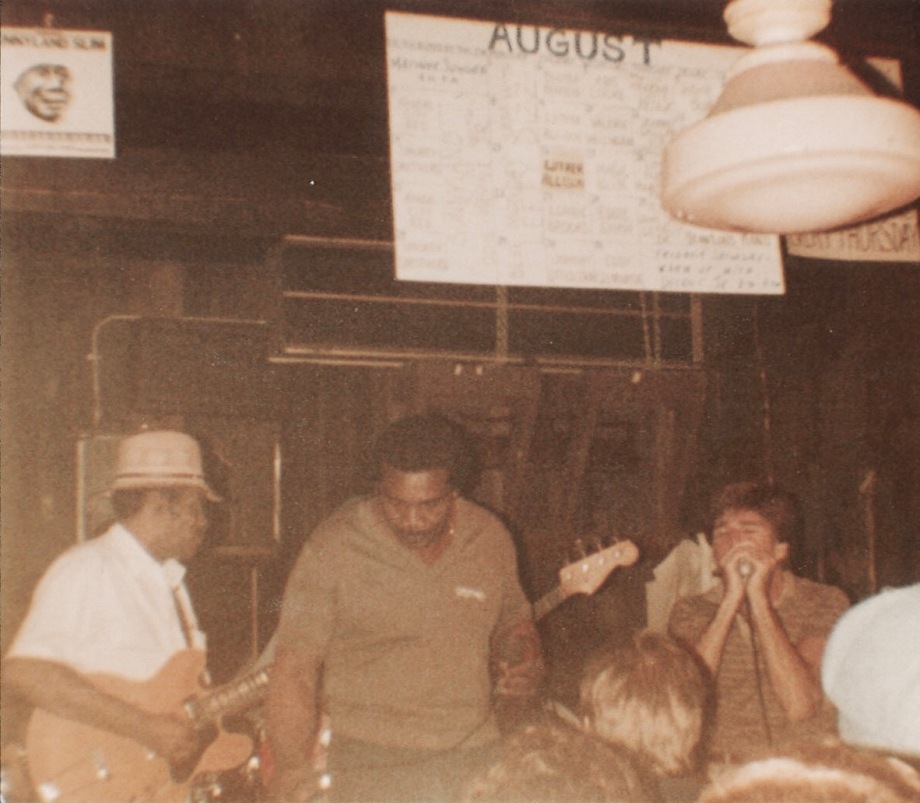 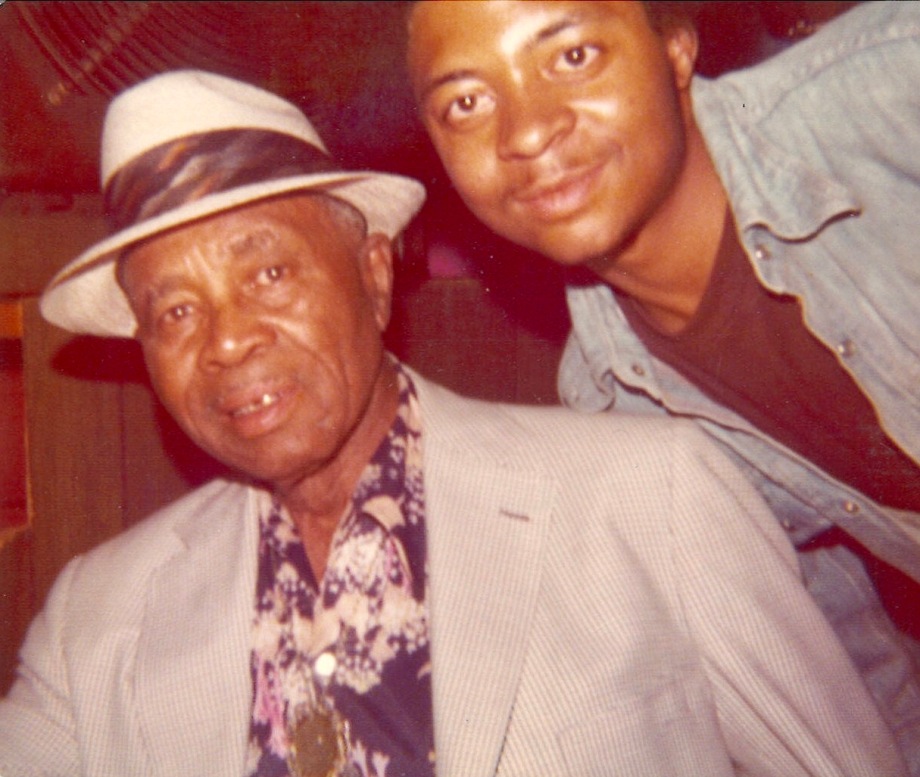 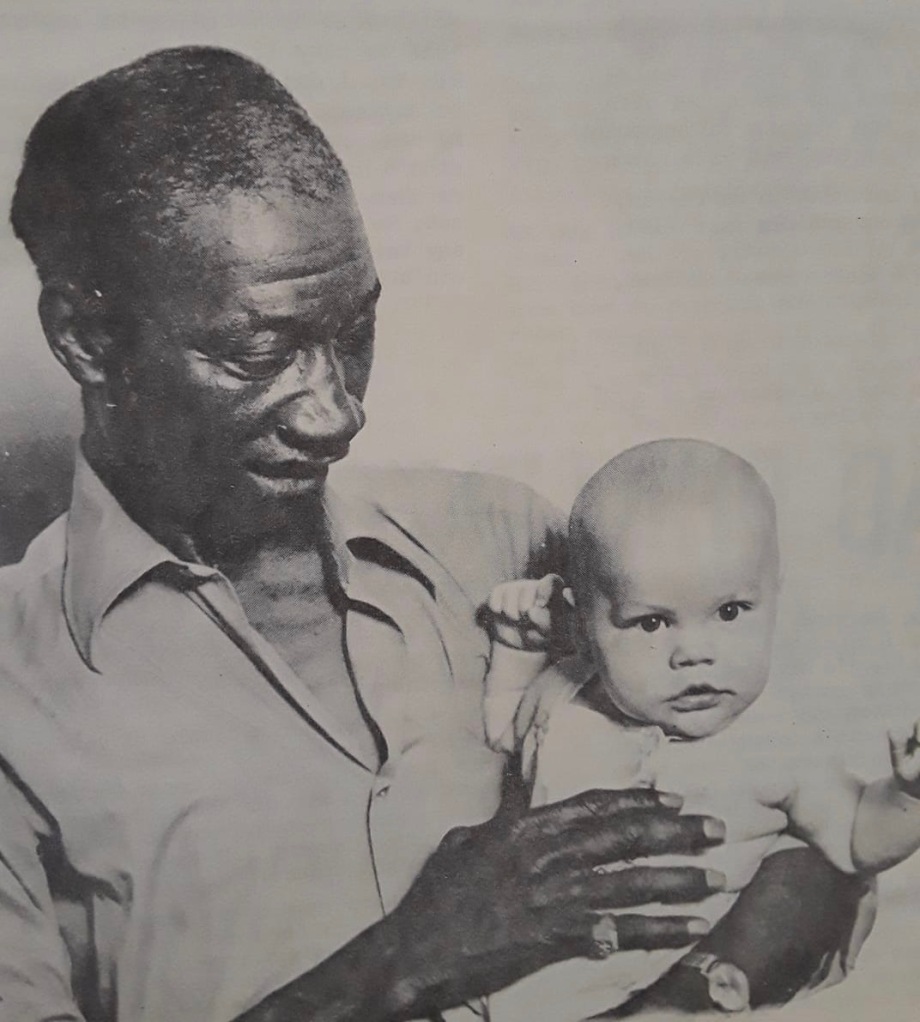 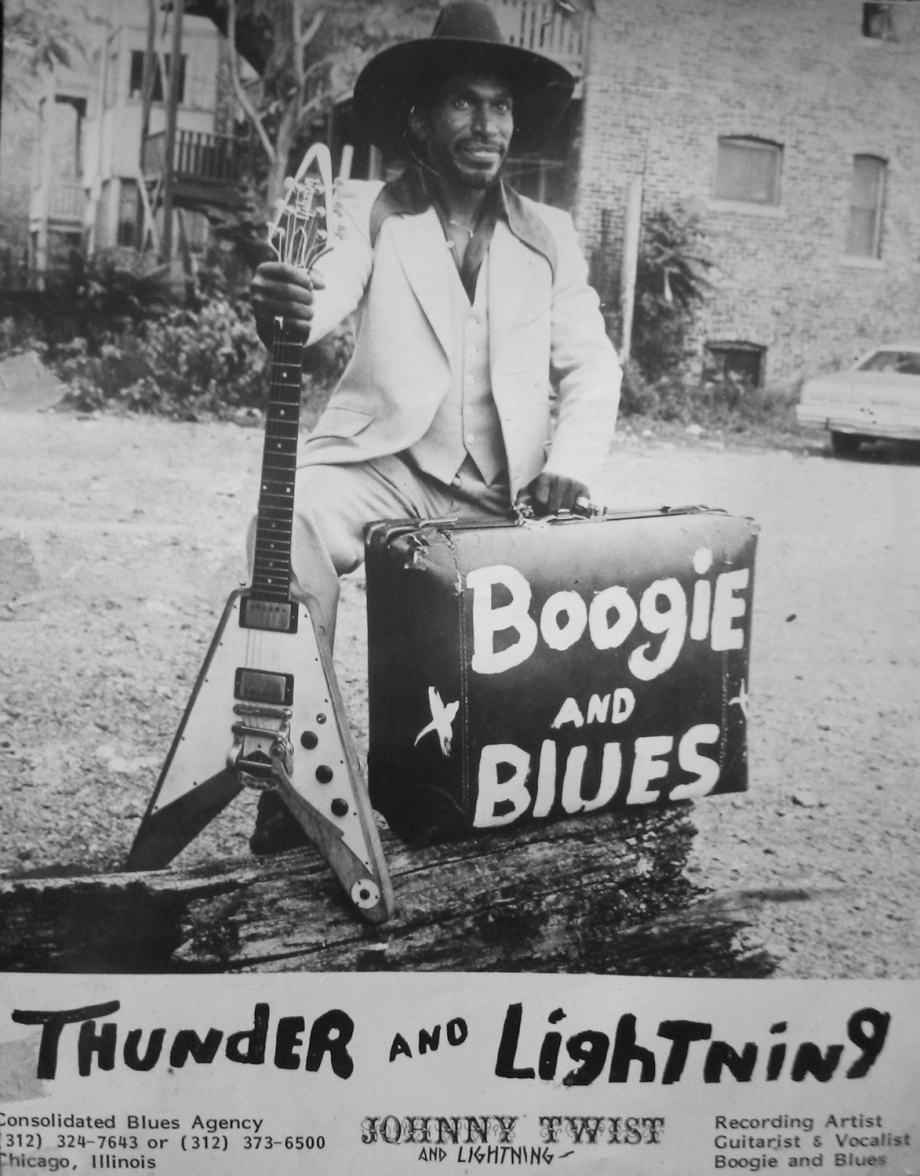 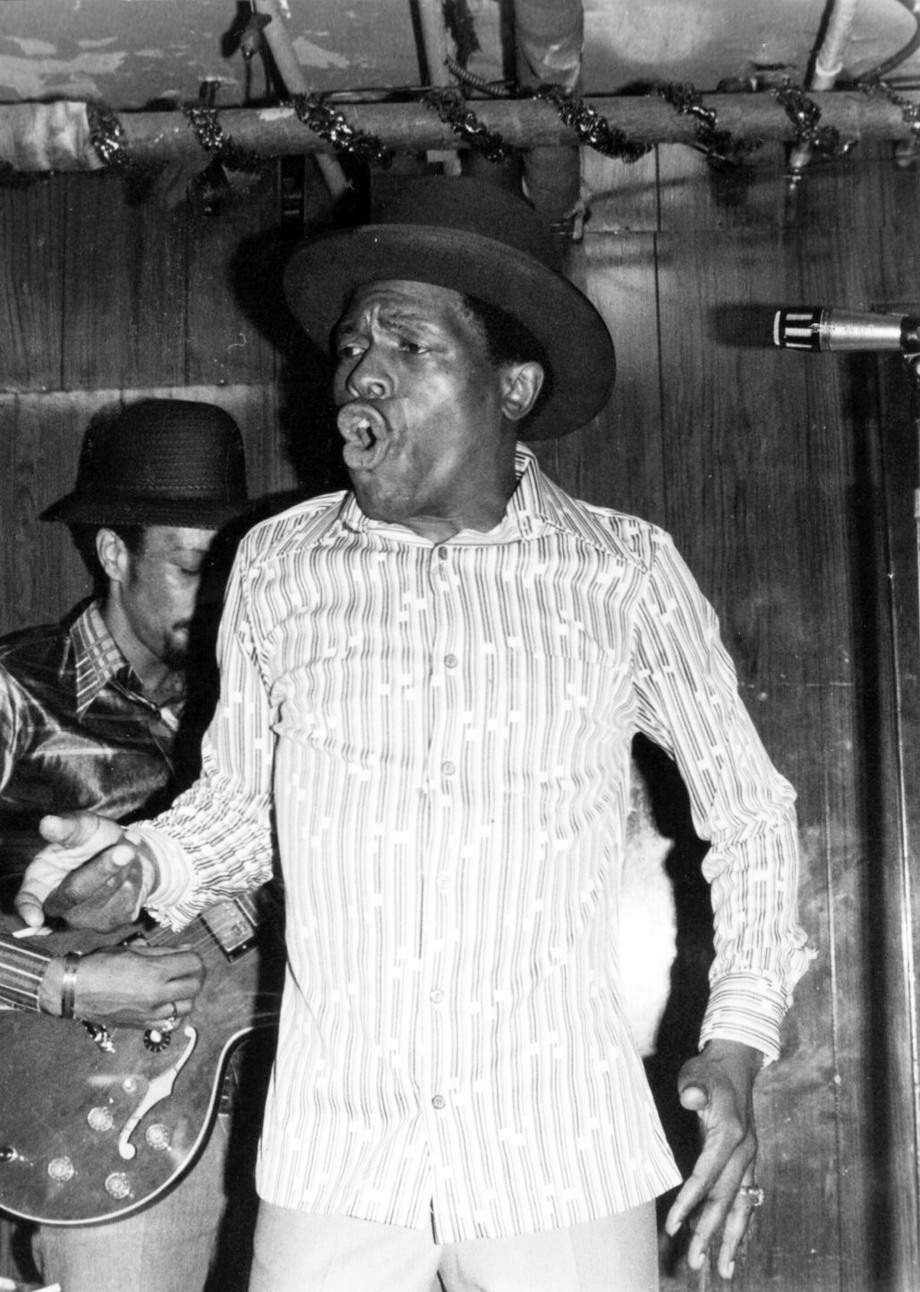 Theresa’s Lounge! Blues in the basement! 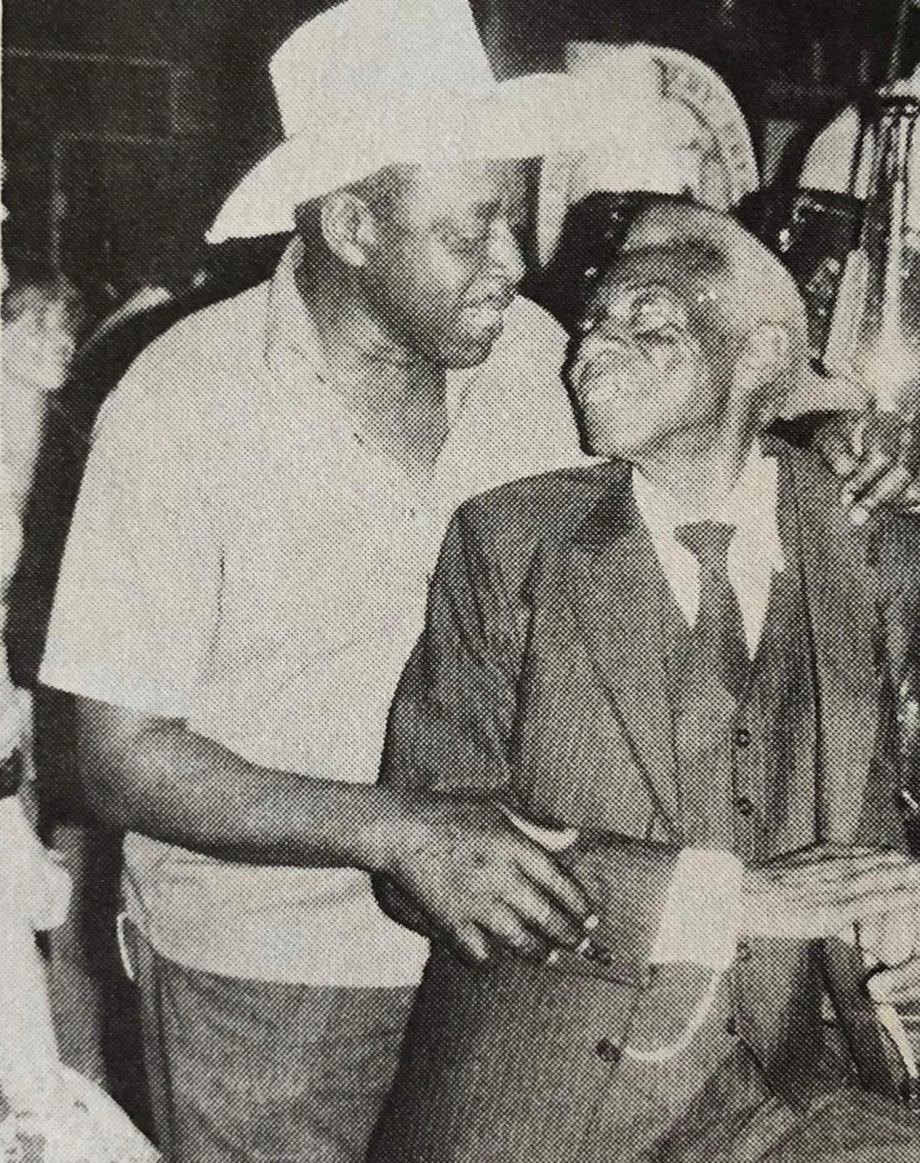 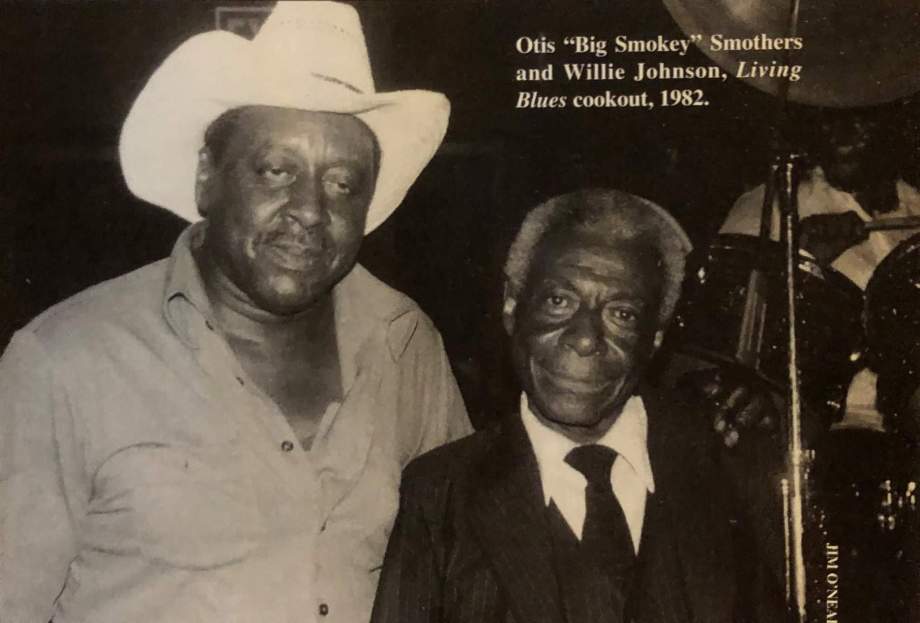 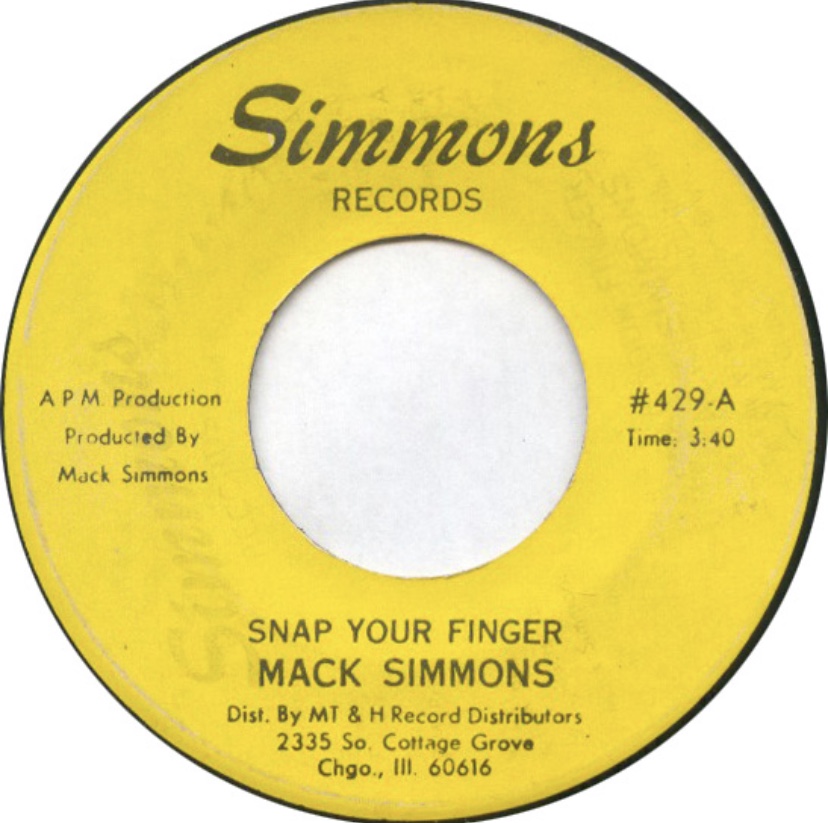 Eddie Shaw in front of his tour bus. 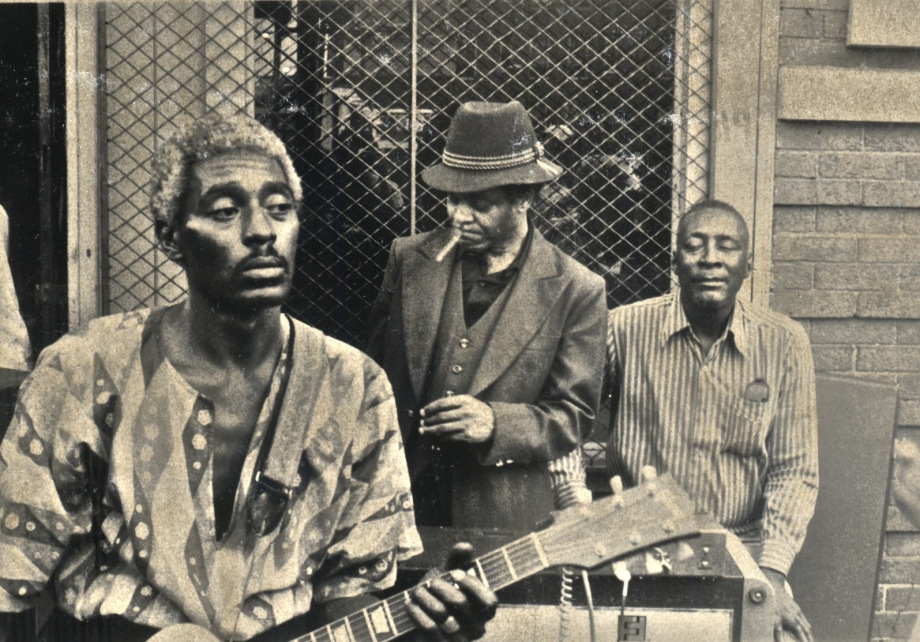 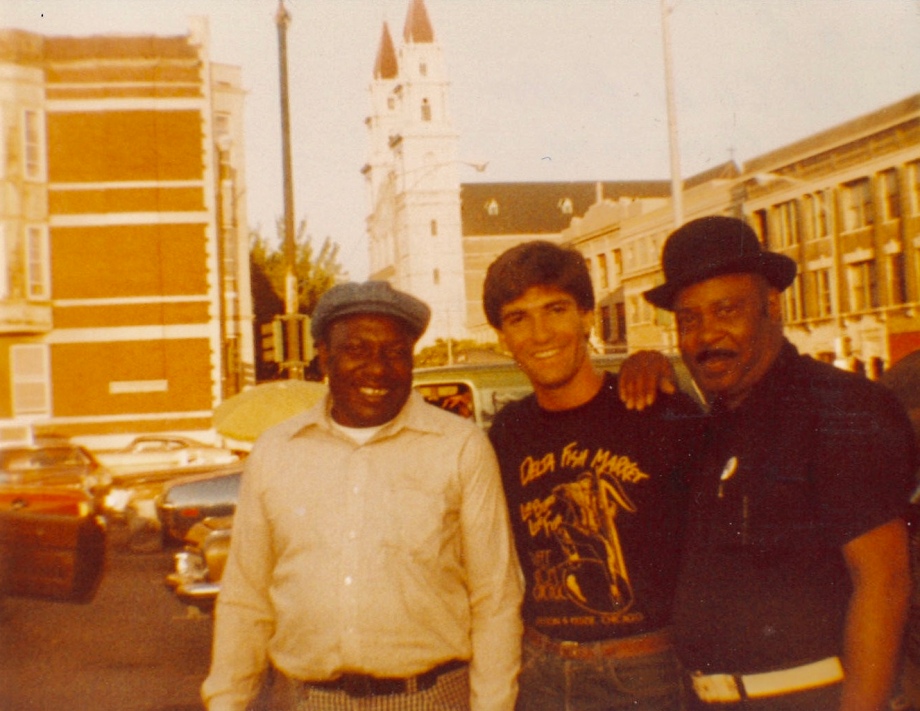 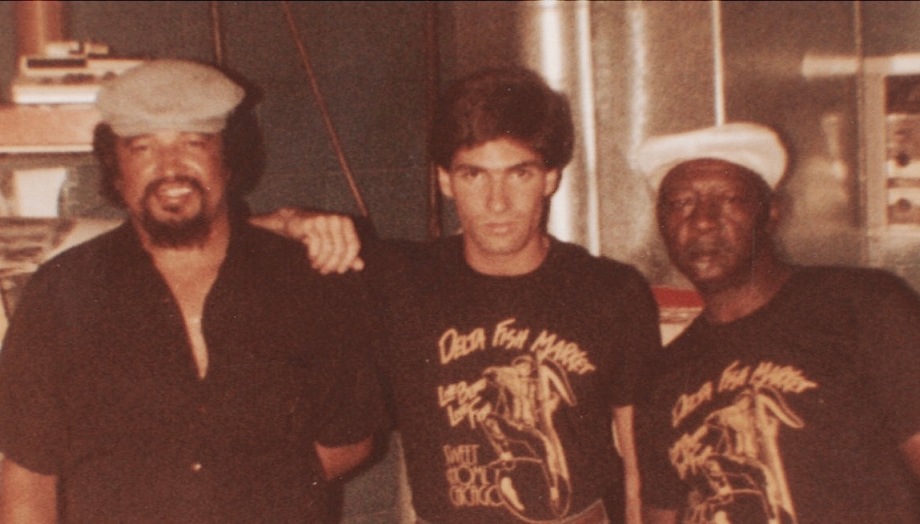 Buddy Guy outside the Checkerboard Lounge in 1974.