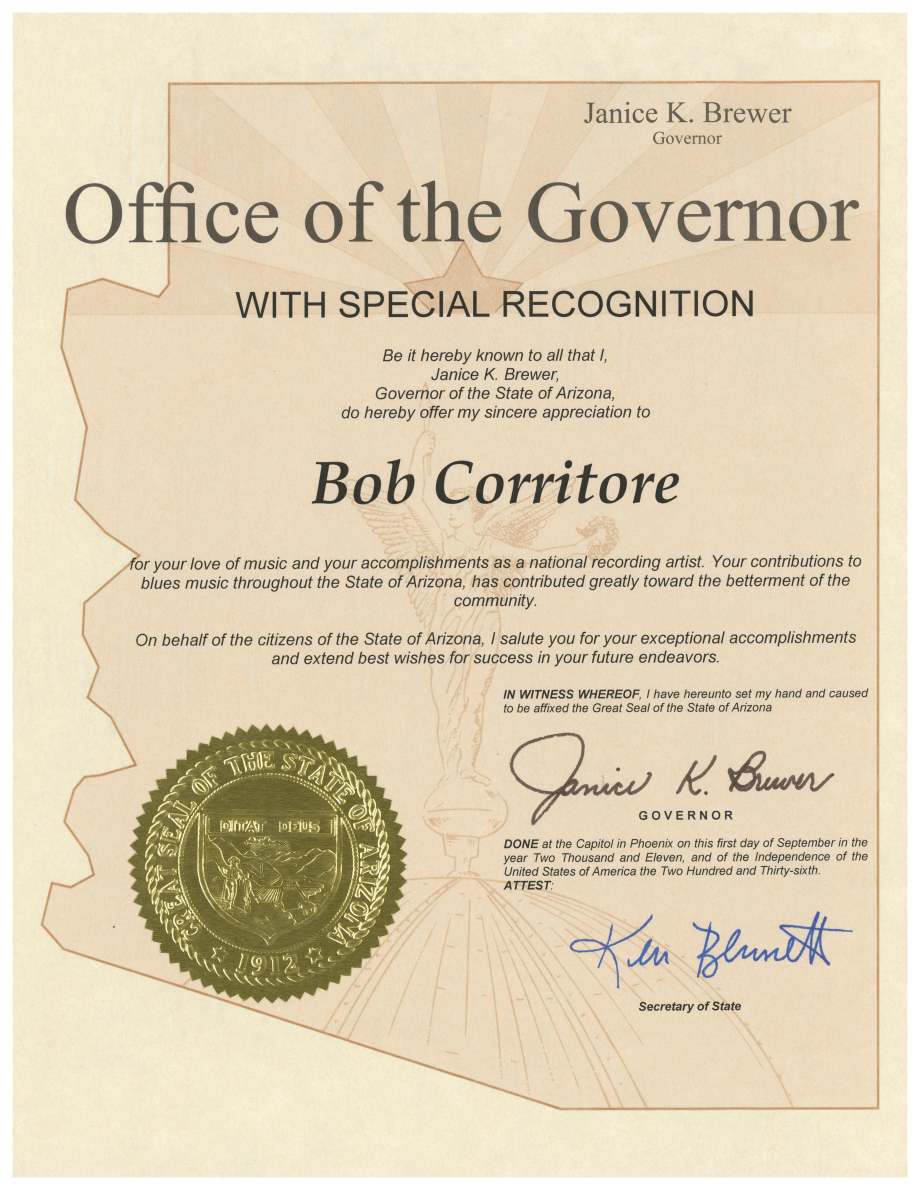 In May of 2014 the city of Mönsterås, Sweden presented Bob Corritore with this honorarium for his years of work with the Mönsterås Blues Festival. A big oversized, display check (seen below) along with a dozen roses were presented to Bob at the festival by the mayor! FYI 10,000 Swedish Kronors equaled about $1500 US Dollars in 2014. A true honor! 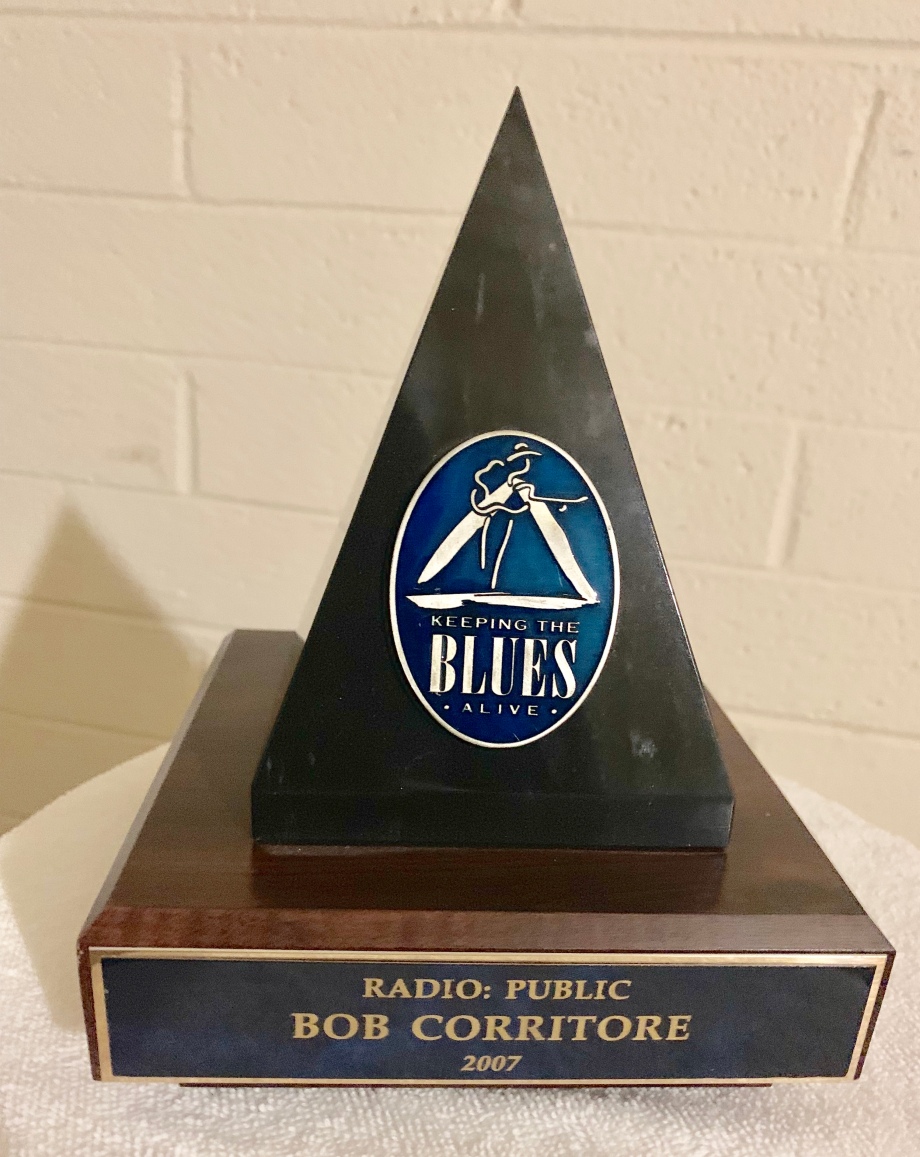 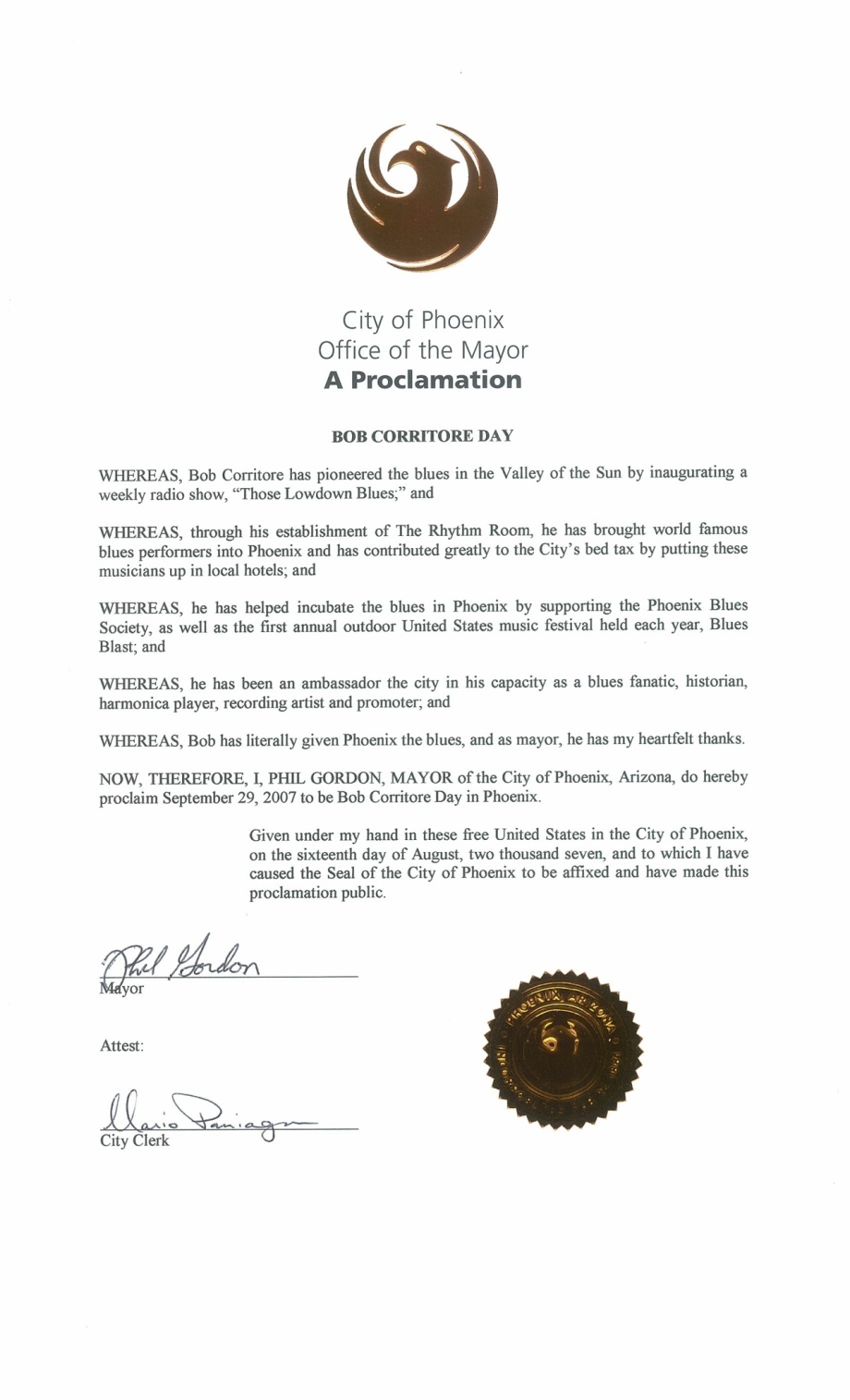 In 2012 Hohner Harmonicas honored Bob Corritore with his photo on the Blues Harp packaging! 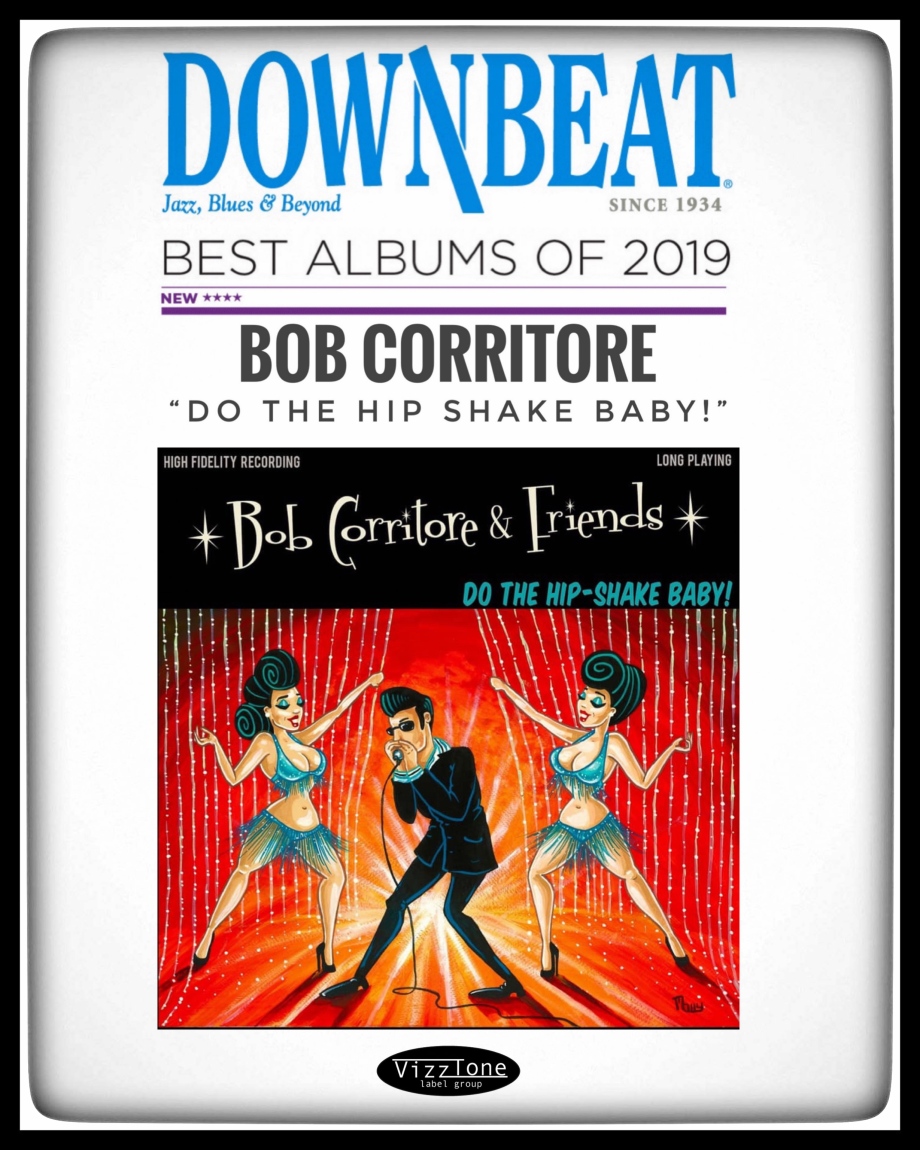 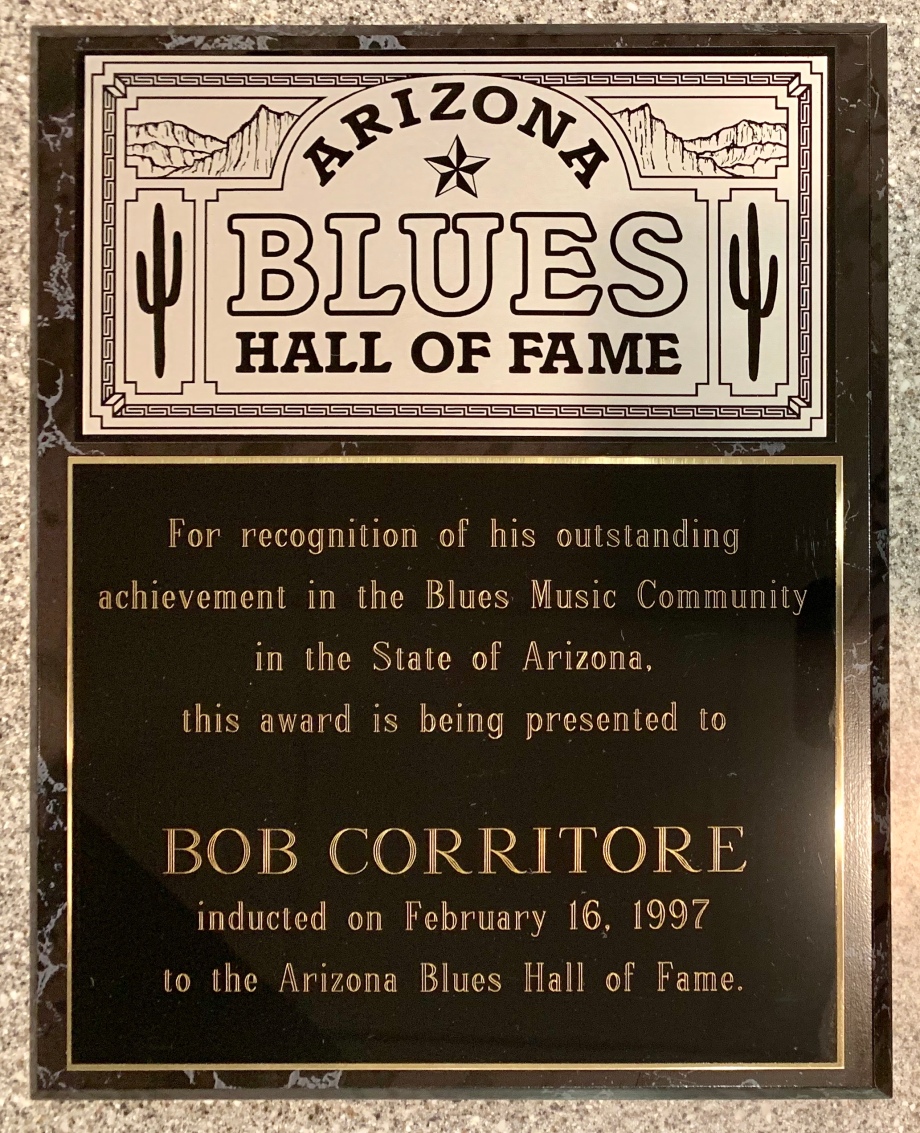 Phoenix Magazine deemed Bob Corritore among Arizona’s 25 most influential musicians! Quite an honor! 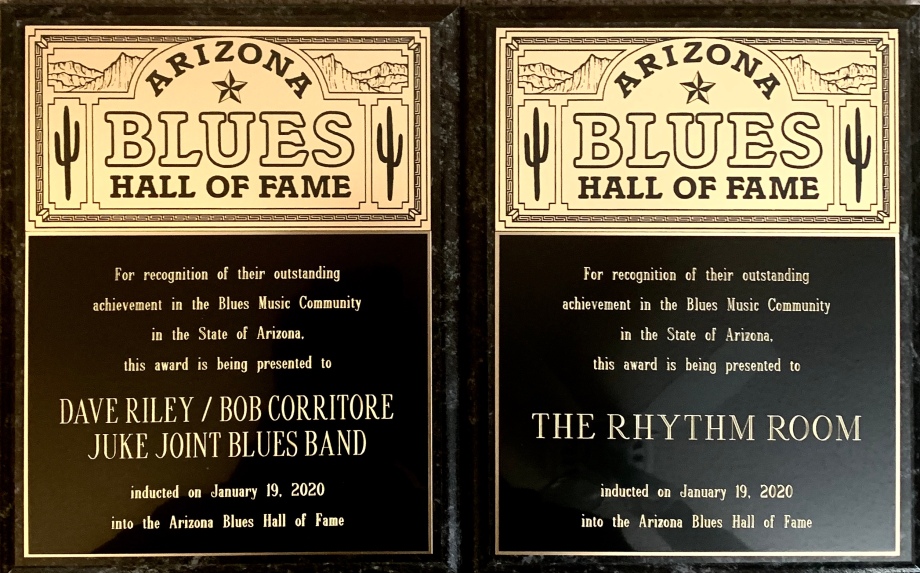 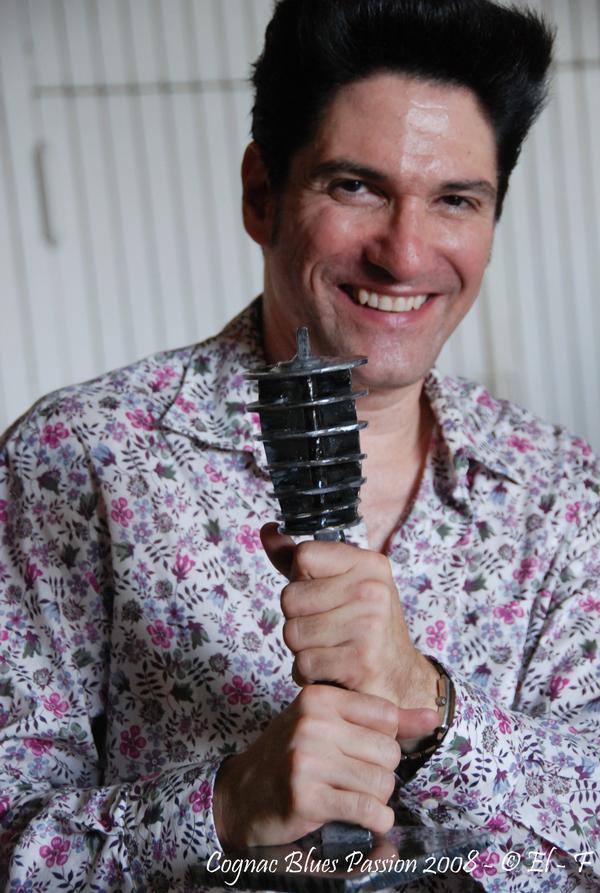 Bob Corritore was presented with an honorary membership to Collectif Des Radios Blues before his performance at the 2008 Cognac Blues Passions Festival. Bob was thus dubbed “Godfather of CRB.” 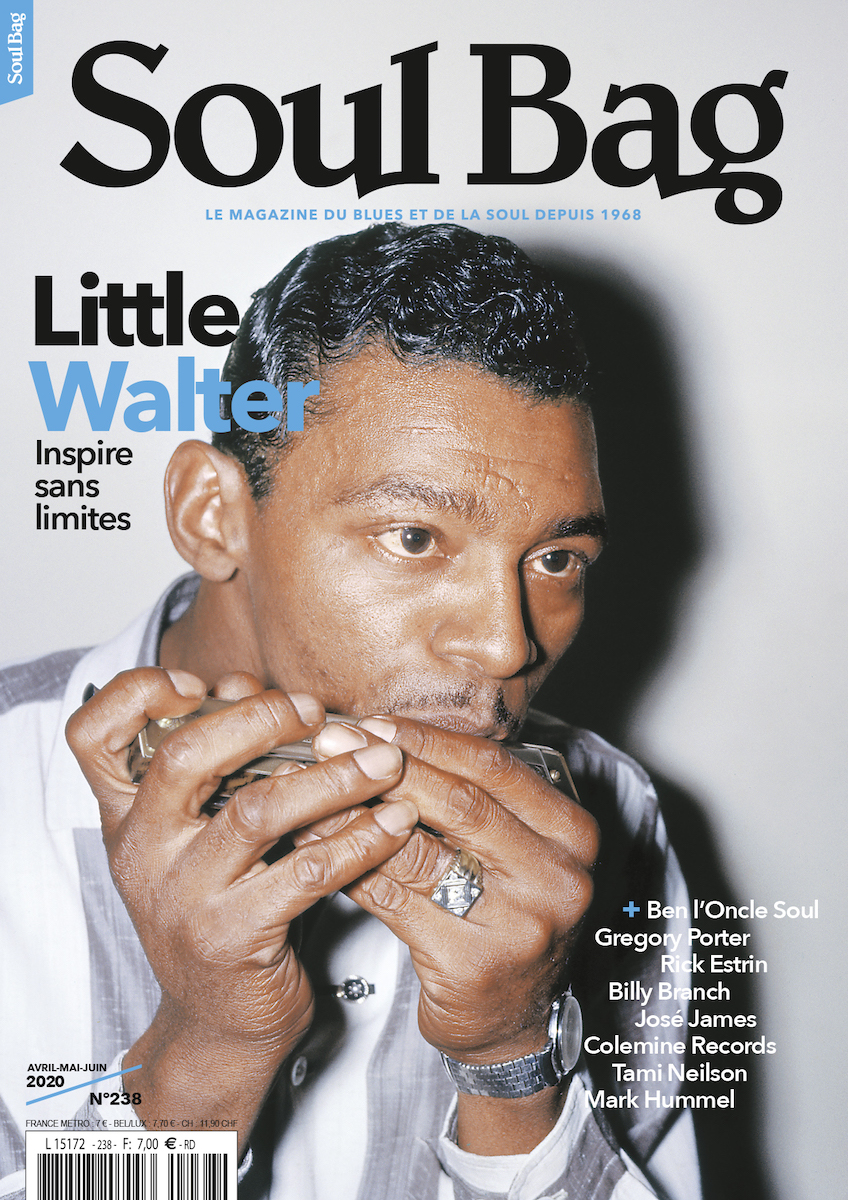 Soul Bag Magazine (April 2020) from France featured Little Walter on the cover and listed 10 Disciples Of Little Walter of which Bob Corritore was included.